Winds have ripped the roofs from homes and crushed cars as another storm battered the east coast of Australia.

The strong winds hit Mooloolaba on Queensland’s Sunshine Coast on Sunday evening and are believed to have been caused by a tornado.

Fortunately there were no reports of injuries, but in the Guardian newspaper, one survivor describes the event as the scariest two minutes of his life.

The heaviest downpours hit further south, with some parts of Brisbane reporting up to 180mm of rain.

This triggered flooding, with a number of homes inundated and dozens of people needing to be rescued.

“Only 15 centimetres of water can move your car off the road and I think people don’t realise. It’s not the height of the water, it’s the velocity of the water that gets you into trouble,” he said.

This severe weather comes only two weeks after the last storm battered the east coast. This storm caused major erosion along the coast of New South Wales.

The current bad weather is now clearing away from Queensland, but has moved south towards Victoria.

Warnings are in force for the southeast of the state, with winds gusting up to 100kph and flash flooding expected.

The storm will then head towards New Zealand over the next few days. 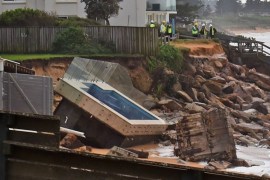 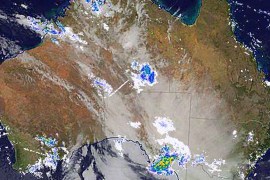 Rain of up to six times the monthly average is soaking parts of Australia. 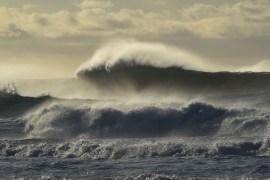