Speaking on Saturday for an early Father’s Day address, Obama said gun violence was “preventable” and too common. “It’s unconscionable that we allow easy access to weapons of war in these places.”

The address comes less than a week after the mass shooting in Orlando, Florida, that left 49 people dead, including the attacker.

“Even after we see parents grieve for their children, the fact that we as a country do nothing to prevent the next heartbreak makes no sense,” he said.

Obama called on parents who are concerned for their children’s safety to speak out about the dangers guns present.

“We need our kids to hear us speak up about the risks guns pose to our communities, and against a status quo that doesn’t make sense. They need to hear us say these things even when those who disagree are loud and are powerful.”

Omar Mateen, the suspect behind the worst shooting in recent US history, pledged his loyalty to the Islamic State of Syria and the Levant (ISIL) as well as some other often-conflicting groups, according to FBI.

Obama said: “Being tough on terrorism, particularly the sorts of homegrown terrorism that we’ve seen now in Orlando and San Bernardino, means making it harder for people who want to kill Americans to get their hands on assault weapons that are capable of killing dozens of innocents as quickly as possible.”

Five more mass shootings – all of which left four or more people dead, excluding the gunman – took place in the US over the same weekend.

On Thursday Obama travelled to Orlando, where he met the families of the victims and demanded that the Republican-controlled Congress pass gun control. 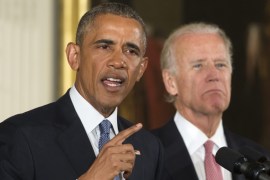 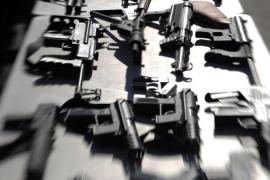 Can gun control reduce crime in the US?

We examine if a ban on assault weapons could be more harmful than helpful in the campaign to cut down on gun violence. 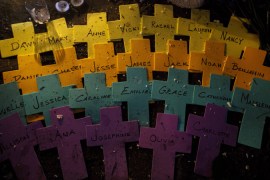 In the wake of the Newtown shooting, is the discourse on gun control being sidelined by a focus on mental healthcare?