A court in India has convicted 24 people over the killings of 69 Muslims during religious riots in the western Indian state of Gujarat in 2002.

Judge PB Desai acquitted 36 others on Thursday for lack of evidence over the killings of Muslims who were sheltering in a residential complex in the city of Ahmedabad during the riots.

A Hindu mob stormed the Gulbarg Society complex – a cluster of buildings housing Muslims – and burned and hacked to death 69 Muslims who were hiding there.

NDTV, a privately run Indian TV channel, said the court will sentence those convicted on June 6.

Teesta Setalvad, a lawyer representing the victims, told Al Jazeera that there was mixed reaction to the verdict.

“We are not completely satisfied with the outcome. Not only were some powerful people not charged, but police inspector KG Erda was also acquitted. We will certainly appeal the decision,” she said.

Erda, the then police inspector of the Meghaninagar police station, was arrested in 2002 by a Supreme Court-appointed Special Investigation Team.

He had been accused by survivors of not stopping the rioters from entering the Society.

Among those also acquitted was sitting BJP Municipial official, Bipin Patel, who was also seen as one of the main antagonists when the massacre happened.

Prosecutors were seeking life in prison for all accused.

“I am happy 24 accused were convicted but sad that 36 others have been acquitted. This is incomplete justice and I will fight till the end,” Zakia Jafri, whose husband was killed in the massacre, said.

Zakia Jafri’s husband Ehsan Jafri, a politician from the opposition Congress party, was among those killed at the Gulbarg Society complex.

Zakia is fighting a separate legal battle demanding that Narendra Modi, the Indian prime minister and others be held responsible for failing to stop the riots.

In some of India’s worst inter-faith clashes since independence in 1947, about 2,000 people died in a wave of anti-Muslim violence set off by a train fire in which 60 Hindu pilgrims were burned alive.

In November 2011, 31 people were sentenced to life in prison over the killings of 33 Muslims in a single house during the riots.

The riots have long dogged Modi who was chief minister of Gujarat in 2002, and is still accused by rights groups of tacitly supporting the rioters. 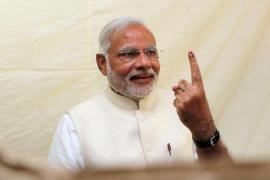 Narendra Modi of the BJP is leading the India polls but many say he is biased against minority Muslims. 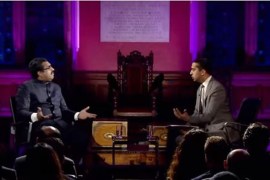 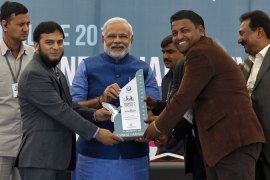 India’s Muslims: Waking up to change?