A commander believed to have orchestrated the 2015 deadly attack on Kenya’s Garissa University has been killed in a special forces raid in southern Somalia, a top local official said.

Local security forces in the coastal Somali town of Kismayo announced on Wednesday that Mohamed Mohamud Ali, the suspected architect of the bloodbath in Garissa, had been killed in a raid in southwestern Somalia overnight.

“Sixteen armed men, four of them senior commanders including Mohamed Mohamud Ali, known as Dulyadin … were killed by the Somali commandos and the special forces of the Jubaland,” said Abdirashid Janan, minister of state security for Jubaland, an autonomous region in southern Somalia.

Local officials paraded the bodies of the four suspected commanders in the streets of Kismayo. The three other suspects were not idetified.

In Washington, US officials said American forces provided advice and assistance support in the operation. They spoke to the AP news agency on condition of anonymity.

The victims were slain in their dormitories or rounded up and executed in a hall of residence.

The operation was carried out by four al-Shabab gunmen.

Last July, the Kenyan government said Dulyadin had been killed in a US drone strike, but it swiftly backtracked on the claim.

“Da’ud was one of al-Shabab’s most senior military planners and served as a principal coordinator of [the group’s] attacks in Somalia, Kenya, and Uganda,” Cook told reporters in San Diego.

“We are confident that the removal from the terrorist network of this experienced al-Shabab commander with extensive operational experience will disrupt near-term attack planning, potentially saving many innocent lives,” Cook said, adding that the US is still assessing the results of the strike.

Al-Shabab fighters were chased out of Mogadishu in 2011 but the group remains a dangerous threat.

On Wednesday, fighters from the armed group launched a suicide attack in Somalia’s capital Mogadishu, killing at least 15 people. 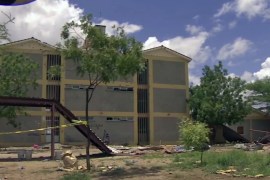 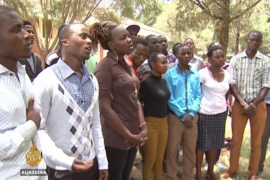 Students, who survived the April 2 al-Shabab attack that killed 147, are still traumatised and afraid to go to school. 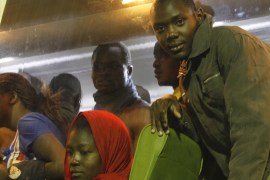 Massacre at university sparks debate over how groups like al-Shabab manages to recruit young people.