The memory units of both flight recorders from the EgyptAir plane that crashed into the Mediterranean Sea last month are severely damaged, according to Egyptian aircraft accident investigation committee sources.

The memory units of the Cockpit Voice Recorder (CVR) and the Flight Data Recorder (FDR) – collectively known as the “black box” – will require “lots of time and effort” to fix, the sources said on Sunday.

The committee is analysing them before determining if they can be repaired in Egypt or will need to be sent abroad.

Search teams retrieved the CVR on Thursday and said at the time that they found it damaged but that the memory unit was intact. They found the FDR on Friday.

The EgyptAir Airbus A320, en route to Cairo from Paris, had been cruising normally in clear skies on an overnight flight on May 19 when it crashed.

Leaked flight data indicated that a sensor detected smoke in a lavatory and a fault in two of the plane’s cockpit windows in the final moments of the flight.

Airbus said that the flight recorders held the key to unlocking the mystery of why the plane went down with 66 people on board en route from Paris to Cairo nearly a month ago.

Some wreckage had already been pulled out of the Mediterranean by search teams, along with belongings of passengers.

The passengers on the plane were 30 Egyptians, 15 French citizens, two Iraqis, two Canadians, and citizens from Algeria, Belgium, Britain, Chad, Portugal, Saudi Arabia and Sudan. They included a boy and two babies.

Seven crew and three security personnel were also on board. 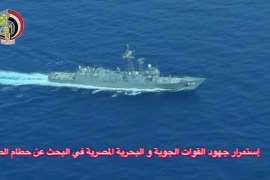 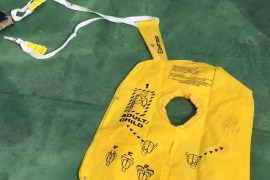 Official’s claim of small size of body parts suggesting explosion on board Flight 804 is denied by head of forensics.