A Hong Kong bookseller who said he was blindfolded, interrogated and detained in China has led a protest march in the semi-autonomous city, as pressure grows for authorities to answer questions over his disappearance.

Carrying banners saying “Fight until the very end”, Lam Wing-kee and about 6,000 protesters marched on Saturday from the Causeway Bay Bookstore, the business at the centre of the controversy, to China’s liaison office.

The protesters denounced Lam’s detention and demanded answers from the city’s authorities over the booksellers’ case.

Lam said he did not feel afraid after breaking bail, refusing to return to the mainland and breaking silence on his detention.

“I don’t feel scared because there are so many people here,” Lam told AFP news agency. “I’m happy to be back in Hong Kong.”

Lam is one of five booksellers who went missing last year. All worked for a publisher known for titles critical of leading Chinese politicians.

The case heightened fears that China was tightening its grip on Hong Kong, with Lam’s explosive revelations earlier this week about how he had been detained in China further fanning many residents’ concerns.

Lam said that he had been contacted by the city’s police but had not yet responded to them.

He would give no details about where he was now living.

In a surprise press conference on Thursday, Lam told how he had been blindfolded and transported north after he had crossed the border into the mainland to visit his girlfriend in October.

Lam said he was kept in a room, interrogated for months and forced to sign away his right to a lawyer or contact with his family.

He also described how he recited a scripted confession broadcast on Chinese state television, admitting to dealing in banned books, out of fear.

Lam said he was allowed to return to Hong Kong on Tuesday on condition that he go back over the border by Thursday, bringing with him a computer hard disc listing bookstore customers.

He said he did not want to hand over the records and decided to speak out instead.

“What Lam has said has once again heightened fears of China’s interference in Hong Kong’s affairs despite promising it a high degree of autonomy when it took back the former British colony in 1997,” she said.

“Two of the five abducted are foreign passport holders, and there are fears that China is overreaching its legal rights.”

Pro-democracy legislators are demanding to know what Hong Kong authorities have done to help the booksellers, accusing them of being a puppet of China.

China has refused to be drawn on Lam’s accusations, saying only that it is entitled to pursue the case as he broke mainland laws.

Hong Kong authorities have expressed “concern”, saying they are attempting to speak to Lam.

In an editorial on Saturday, the South China Morning Post daily, which has recently been criticised for being too China-friendly, also demanded both sides “come clean”. 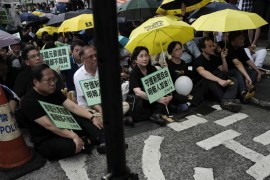 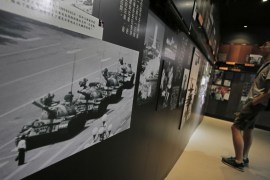