Fighters from the Islamic State of Iraq and the Levant (ISIL, also known as ISIS) are committing genocide against the Yazidi community in Iraq and Syria, UN human rights investigators say.

More than 3,200 Yazidi women and children are held mostly in Syria by the fighters who keep them as sexual slaves, the UN Commission of Inquiry on Syria said in a report on Thursday.

“Genocide has occurred and is ongoing,” commission chairman Paulo Pinheiro said in Geneva.

“ISIS has subjected every Yazidi woman, child or man that it has captured to the most horrific of atrocities,” he said.

According to the UN report, ISIL fighters exterminated Yazidis in mass killings when fighters based in Iraq and Syria attacked the Iraqi region of Sinjar in August 2014.

Based partly on interviews with survivors, the report found that ISIL “sought to erase the Yazidis through killings, sexual slavery, enslavement, torture and inhuman and degrading treatment.

“Girls as young as nine were raped, as were pregnant women,” said the report.

“Most of those interviewed reported violent daily rapes by their fighter-owners,” the commission added.

ISIL fighters were also actively preventing births among Yazidis, by separating women and men, and by sexually traumatising females, it charged.

The UN rights investigators said the UN Security Council should consider steps to stop these crimes under its powers to impose military or economic coercive measures.

The United States and the EU Parliament earlier this year accused ISIL of committing genocide against minorities in Iraq and Syria. 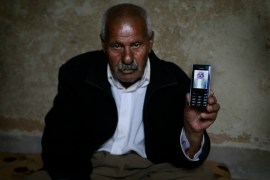 The life and death of Saeed Hibo, a Yazidi father and fighter who died while defending his home from an ISIL attack. 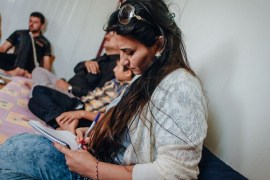 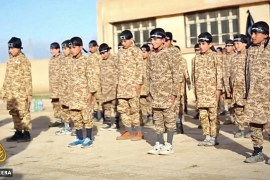