Croatia’s parliament has overwhelmingly voted to oust technocrat Prime Minister Tihomir Oreskovic, who took office just five months ago, triggering the fall of the government and raising the prospect of a snap election.

The vote on Thursday in the 151-seat assembly was 125 for the ouster, 15 against, and two abstentions.

The no-confidence vote was put forward by the ruling coalition’s biggest party, the conservative HDZ, which had helped to install Oreskovic but then fell out with him and accused him of being incapable of leading the country amid deep economic and social problems.

“I came in with the best intentions to help my homeland,” said Oreskovic, a Canada-educated financial expert, after the vote.

“I am a little sad because I think we could have achieved more,” he said, adding that he will serve as acting prime minister until a new government is elected.

Members of parliament will now have 30 days to form a new government or face a snap election.

Oreskovic, with no party affiliation, lost the support of the HDZ after he clashed with their leader, Tomislav Karamarko, who has been accused of conflict of interest owing to his links with a lobbyist for Hungary’s state oil company.

Karamarko on Wednesday stepped down from his deputy prime minister post, pledging to oust Oreskovic and collect enough votes in the parliament to form another government with a new premier.

The HDZ wants to reshuffle the government with a new prime minister and is reportedly planning to propose Finance Minister Zdravko Maric to lead the new cabinet.

President Kolinda Grabar Kitarovic will start consultations with parliamentary parties on forming a new cabinet on Friday. If no government is formed by the 30-day deadline she must call a snap election.

While the HDZ says it can muster a new majority of at least 76 of parliament’s 151 deputies, analysts are sceptical. The HDZ says it has the support of 68 at the moment.

“There is just a slight possibility for the HDZ to find a new majority, but I think such a government would be rather unstable and just postpone a snap election, maybe until the end of the year,” political analyst Zarko Puhovski told Reuters news agency.

At the same time, the biggest opposition party – the Social Democrats – and its allies say they hope to gather signatures of a majority of deputies to demand parliament be dissolved to pave the way for an early election.

Croatia has one of the weakest economies in the European Union, with high unemployment and public debt.

Next year, the country faces a tough financial challenge when it has to repay almost 30 billion kuna ($4bn) in maturing bonds and interest. 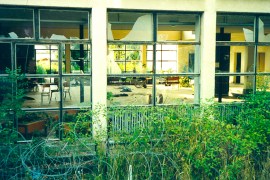 When the UN watched a massacre unfold in Croatia

Twenty years on, a UN peacekeeper returns to the scene of a massacre and asks if his unit should have intervened. 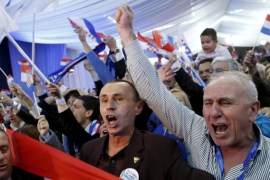 Conservative bloc led by HDZ party has won the general election but without enough votes to rule alone.