Israel’s national water company has denied cutting crucial water supplies to large parts of the occupied West Bank during the Muslim holy month of Ramadan, saying there was only broad reduction in water supply to the Palestinian territory.

“As a result of the shortage of water supply in the West Bank … we have made a broad reduction of the supply to all residents in the area,” utility company Mekorot told Al Jazeera late on Wednesday.

“All the facilities are working and the capability to supply is less than the rate of consumption. The water authority recently approved a master plan for the water sector and accordingly we will build the systems that will meet the West Bank’s required consumption,” the company added.

On Tuesday, the executive director of the Palestinian Hydrology Group, an NGO focusing on water and sanitation issues, told Al Jazeera that water was totally siphoned off in some Palestinian areas before and during Ramadan days.

“Some areas had not received any water for more than 40 days,” Ayman Rabi said.

“People are relying on purchasing water from water trucks or finding it from alternative sources such as springs and other filling points in their vicinity,” he said.

“Families are having to live on two, three or 10 litres per capita per day,” he said, adding that in some areas they had started rationing water.

Authorities in the city of Jenin, which has a population of more than 40,000 people, said its water supplies had been cut by half, and warned that it would hold Mekorot solely responsible for any tragedies resulting from water shortages during the hot summer months.

An Israeli military coordinator in the occupied West Bank told Al Jazeera that a pipe that supplies water to various villages had burst, causing shortage of water.

“Israeli civil administration teams spent hours repairing it. It was fixed, the water flow has been regulated since then and is currently up and running,” the coordinator told Al Jazeera.

Since 1967, Israel has limited the water available to Palestinians in the West Bank and the Gaza Strip since its forces occupied the territories. 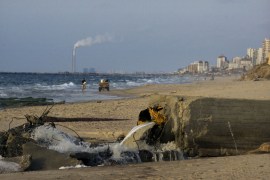 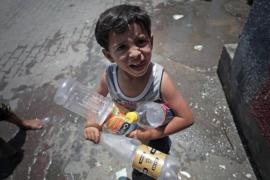 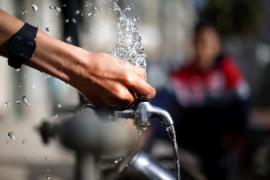 Covering up a crime in plain sight: The dual function of Israel’s water industry.