A bomb has exploded in Beirut outside the headquarters of the Lebanese Blom Bank, inflicting heavy material damage but no deaths.

Two people were slightly injured in the attack, which occurred in the upmarket Verdun area in the centre of the Lebanese capital on Sunday.

The explosion took place at 8pm, a time when many were at home breaking their Ramadan fast for the day.

Although there was no immediate claim of responsibility, there has been speculation of the attack being linked to Hezbollah, the Lebanese Shia group.

The Lebanese banking sector has been at the centre of an escalating crisis since the United States passed a law requiring banks to take steps to target the finances of the group.

“Politically, it is clear that the target was Blom Bank only,” Interior Minister Nohad Machnouk told Reuters news agency.

READ MORE: Lebanon braced for fallout of US law on Hezbollah

Lebanon decided to apply the controversial Hezbollah International Financing Prevention Act, passed in the US in December.

The law threatens sanctions and account closures against individuals who are found to finance Hezbollah, the Lebanese Shia group.

Blom Bank has recently been involved in shutting accounts linked to Hezbollah, according to local media.

The US classifies Hezbollah as a “terrorist group”, despite it being strongly supported by the Lebanese Shia community.

Its members include government ministers, legislators and local councilors.

Hezbollah initially responded to the country’s decision to apply the law by saying that it would lead to “bankruptcy” and a rift between “a large segment of the Lebanese population and the banks”.

Central Bank governor Riad Salameh responded to the group’s concerns by saying that the bank would review requests for the closure of any Hezbollah-affiliated accounts before taking any action, which seemed to ease the group’s worries.

A Hezbollah connection to the attack, however, could mean a potential heightening of political and sectarian rifts in Lebanon’s polarised political scene split roughly between a bloc led by Hezbollah and another headed by the Sunni Hariri bloc. 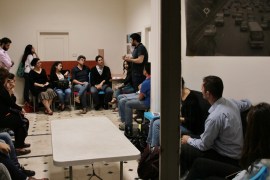 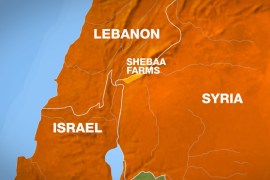