Keiko Fujimori has conceded defeat to rival Pedro Pablo Kuczynski in Peru’s presidential election, putting an end to five days of suspense that had left the result up in the air.

“In a democratic spirit, we accept these results,” Fujimori said on Friday, vowing to lead a responsible opposition in Congress, where her party controls 73 of 130 seats.

Fujimori’s announcement came shortly after Kuczynski got down to work forming a government aimed at uniting a country deeply divided by Sunday’s poll.

Al Jazeera’s Alessandro Rampietti, reporting from Peru’s capital, Lima, said that while Fujimori had conceded defeat in the runoff election, she also underlined that it would be difficult for the new president to govern without her party’s support.

“While she lost by the tiniest of margin, her party has won an absolute majority in the future Congress,” Rampietti said.

“She said her party will be the party of the opposition and they will do everything they can to try and push, daring the legislative agenda in Congress.”

For the rest of his team, he will have to seek balance across the political spectrum.

Kuczynski will have to work with Fujimori’s Popular Force party, as his own party, Peruvians for Change, took just 18 of the 130 seats in Congress in the first round of the election.

He will also have to repay the endorsement he received from the Peruvian left’s leadership, which backed him in the runoff between the two right-leaning candidates.

The race opened old wounds dating back to the 1990s, when Fujimori’s father was president – Alberto Fujimori is now serving a 25-year prison sentence for massacres by an army death squad, but is fondly remembered by some Peruvians.

Kuczynski said he is open to the possibility of house arrest for the ex-leader.

“It’s time to work together for the future of our country,” Kuczynski said on Thursday after the full results were announced.

“Elections can be tough, tense to the point of insult, but once they’re over, it’s time to built bridges.”

Peru, a nation of 31 million people, is one of Latin America’s fastest-growing economies. 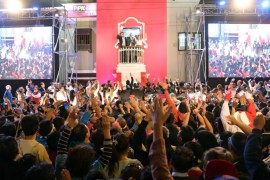 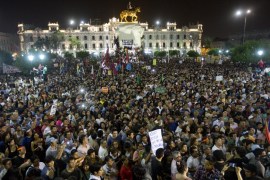