The “Levellers were better understood as political democracy established itself in late 19th and early 20th-century England,” wrote Christopher Hill on the 17th-century English political movement.

The Diggers, another 17th-century English movement, appeared significantly different 300 years later with the rise of socialism. Such a profound reconsideration of the actors of the 17th-century English Civil War owes much to Hill’s “world turned upside down” approach.

His thesis is rather simple: “History has to be rewritten in every generation, because although the past does not change, the present does; each generation asks new questions of the past, and finds new areas of sympathy as it relives different aspects of the experiences of its predecessors.”

Benedict Anderson’s famous Imagined Communities perhaps illuminated the novel approach further: “The nation’s biography cannot be written evangelically, ‘down time’, through a long procreative chain of begettings. The only alternative is to fashion it ‘up time’.”

Similarly, the Arab defeat, or al-Naksa, might be comprehended differently 49 years later, especially owing to the current unfolding of events in the Arab world.

An uptime consideration of al-Naksa not only informs much about the role of war in the global accumulation of capital, but such an understanding might also illuminate much on the devastating Arab present – fierce inter-communal conflicts, deepening poverty, a widening gap of inequality, reduction in labour value and power, deformed consciousness and sectional identity form representations.

It all began in 1967. The 1967 Naksa prepared the foundation for a neoliberal Middle East, and Israel’s militarism and colonial Zionism was the ideal tool for such an endeavour.

The defeat of Arab nationalism led to the Arab elite’s forceful reintegration in the world economy under the new terms of defeat, and, by implication, engendered further disintegration of the Arab world and decomposition of the state apparatus.

Reliable and authoritative data of key social, economic and political indicators covering the past five decades could easily substantiate the following inference: The 1967 Arab defeat was a significant historical turning point that dictated the subsequent course of the entire Arab world.

It also led to the rise of neoliberal Zionism and the formation of the “New Israel”. The seeds of the current troubled Middle Eastern scene were sown in June 1967.

Since “the turn of the century, the Arab states have come to constitute a zone for Western military intervention without parallel in the post-Cold War world – US invasion of Iraq, NATO bombardment of Libya, US proxies in Syria, Washington-backed GCC assault on Yemen”, wrote Perry Anderson in The House of Zion.

Actually, Ali Kadri’s recent brilliant book, Arab Development Denied, on the topic noted that “since the second half of the 20th century, the Arab world and its surrounding region have experienced the highest frequency of conflicts on earth”.

War, to be sure, has a vital function and serves a crucial purpose in the grand scheme of global capital accumulation, and, in the case of the Arab world, it proved to be especially destructive. Simply put, capital accumulation on a world scale profits greatly from the degradation and devaluation of human life (and by implication the decline of the labour value and power) continuously engendered by war and conflicts.

As such, accumulation requires the “coercive destruction of Third World value and power”, and war and military assaults have been doing just that. Beginning with the 1967 Naksa, “encroachment wars and military routs, structurally or directly, have reconstituted [Arab] national class formations to imperialist will”.

The Arab experience with war that began in 1967 was not limited to the loss of land or life, or the reconstitution of Arab class formation, poverty, and underdevelopment.

The combination of excessive military assaults and neoliberal policies has distorted the very state of Arab consciousness.

The 1967 defeat of Arab nationalism, coupled with the subsequent neoliberal assaults on the Arab working-class organisations and Arab nationalist and leftist political parties, was disastrous.

With the defeat of Arab nationalism and Arab socialism in 1967, the Arab world lost its ideology of resistance. Therefore, Naksa successfully implanted the seeds of the current sectional-identity form representations as an alternative, which was further amplified with the post-1967 neoliberal economic policies.

A 2016 Naksa uptime view explains the conditions catapulting many people into the hands of reactionary fatalism (think Daesh, also known as ISIL, or ISIS), and the violent inter-communal conflict.

Israel’s military assaults on the Arabs (coupled with Western anti-Arab and anti-Muslim racism) were central to this catastrophic course the Arab world took.

Does this explain Western support for Israel?

Underlying Nasser’s view is a deeply incisive representation of the entwined relationship between Western imperialism and colonial Zionism.

Thus, Nasser spoke of the entire Arab world as one region (not only Palestine) that was influenced by the same forces, and, to him, it “was clear that [Western] imperialism was the most prominent of these forces; even Israel itself was but one of the outcomes of imperialism”.

To be sure, this view explains not only the essence of the “Arab-Israeli struggle”, but also sensibly exposes the myth of Israeli economic miracle. Fourteen years after Nasser’s book Philosophy of the Revolution, a World Bank mission investigation of the Israeli economy in 1968 corroborated his view.

According to the commission, the Israeli economic achievements “were largely the result of two factors: a capable and determined population with a broad base of well-educated and energetic people who proved able to overcome the difficulties of economic development with great ingenuity; and a relatively large and continuous flow of foreign capital originating chiefly from private donations of American Jews and from reparations payments by West Germany. Israel’s ‘economic miracle’ would have been impossible if one of these growth factors – human skill and foreign capital – had been lacking”.

In the 21 years after the founding of the state, only 30 percent of the massive Israeli import surplus of $2,650 per inhabitant had been supplied “under conditions which call for a return outflow of individuals, interest or capital”.

From “1948 to mid 1973, Israel had received the staggering sum of over $8bn in economic assistance from various foreign sources, or $3,500 in total for each Israeli, an average of $233 per year per capita in aid”. To put these numbers in perspective; the per capita income for Egypt in 1969 was $109.

Does that answer, in part, why Egypt was defeated in 1967?

It “represents nearly half of all US economic and military assistance to Israel – both grants and loans – provided over the first 60 years of the country’s existence” including the previous $30bn aid package granted by President George W Bush for 2009-2018.

This time, however, US taxpayers would provide “every Israeli man, woman and child with $600 worth of weapons each year from 2019 to 2028.

And it would include an annual subsidy of more than $1.3bn to the Israeli weapons industry under an exemption for Israel in current US law which allows Israel to spend up to one-quarter of its US military aid appropriation on its own domestic corporations”.

In the post 1967 era, the “Arab class formation underwent a radical disarticulation”, wrote Ali Kadri. The terms of defeat accepted by the new ruling Arab elites led the de-development, or reversed development, of the Arab world.

Wars, coupled with aggressive neoliberal policies, simply stripped the Arab world of its developmental capabilities. Forty-nine years later, the Arab world is disintegrating, its states are decomposing, and its populations are suffering every possible catastrophe short of total annihilation.

The term naksa (setback) falls very short of describing the monumental event Arabs faced in and since 1967.

A new phrase is needed.

Seif Da’na is a professor of Sociology at the University of Wisconsin-Parkside. 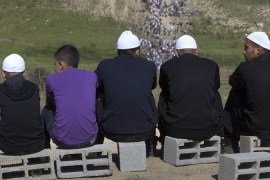 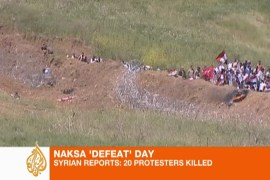 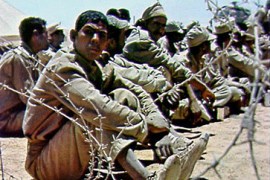 Decades later the Middle East is still wrestling with the consequences of the war.