Zakho, Iraq – The midnight sky above the sea was clear. Shamo Sabro, 35, could see stars over the Mediterranean. Even though the sea was calm, he was filled with fear, having never been on a boat before.

But Sabro’s anxiety was no match for his determination to leave Iraq for good.

Throughout the hour-long crossing from Turkey to Greece, which cost $5,000 in smuggler fees, Sabro never once doubted that he would begin a new life – a “rebirth” – in Germany with his wife and three children, who accompanied him on the trip. He could not have imagined then that within three months, he would return to Iraq and the predominantly Yazidi refugee camp that he fled last November.

“At that point, I was still completely confident in the decision to leave,” Sabro told Al Jazeera from his tent in the Chamisku refugee camp outside Zakho, in northern Iraq.

READ MORE: ‘In five years there won’t be any Yazidis left here’

Sabro and his family are among a small number of Yazidis who have returned to northern Iraq after escaping the warring country illegally to seek refuge in Europe. They were displaced from their home in August 2014, when fighters with the Islamic State of Iraq and the Levant (ISIL, also known as ISIS) group overran the area.

According to Yazda, a Yazidi advocacy group, ISIL’s assault and occupation of the region led to the displacement of more than 90 percent of Iraq’s Yazidi population. The organisation estimates that around one-fifth of Iraq’s Yazidis, or 120,000 people, have relocated to Europe. Only a handful have since returned to Iraq, said Jameel Ghanim, Yazda’s operations manager.

I'm telling people the truth about my experience, but they aren't listening. Germany is a good place, but it's not our home.

Shamo Sabro, Iraqi Yazidi who fled to Germany but later returned to Iraq

For Sabro, though, life in Germany was not what he expected. He recalled living in a former chicken factory in the city of Oldenberg with hundreds of other refugees and migrants from around the world, and says he struggled to find anything to fill his days.

The 510 euros ($580) he received monthly from the German government was sufficient to make ends meet, Sabro said, and a local NGO provided the family with three meals a day. However, Sabro said he was uncomfortable sharing a living space with some Iraqis and Syrians who he feared might be ISIL sympathisers.

Murad Suliman, 31, is another of the small number of Yazidis who have chosen to leave Europe and return to Iraq.

A farmer in Sinjar before the city and its surrounding villages fell to ISIL, Suliman travelled to Germany illegally with his extended family last December at a cost of $10,000. But he recently returned to Zakho from Hamburg with his wife and three children.

“We thought that anything would be better than Iraq,” Suliman told Al Jazeera. “But had we known what the situation would be like, and that we would suffer so much, we would not have gone.”

Suliman said his family stayed in seven locations in Germany, where he cited cramped and poor living conditions. However, it was the feeling of separation from other Yazidis that ultimately drew him back to northern Iraq.

“Before going to Germany, we heard that there was a future for the next generation of Yazidis,” Suliman said.

Diler Ahmed, the manager of Iraq’s Chamisku refugee camp, estimated that between 40 and 50 Yazidi families had left the camp for “Germany or elsewhere”. Eighty percent of the camp’s more than 4,300 families are Yazidi, while the rest are mostly Muslims from Sinjar, Ahmed said.

“When there is rain, it’s impossible to move around the camp,” Sabro said. “There is a serious shortage of electricity. Even in our homes, we can smell the toilets outside. But, you know, all that is not worse than being separated from your family.”

READ MORE: ISIL is out of Sinjar, but Yazidis are still fearful

Although Sabro has returned to Iraq, he said he cannot yet return to his home. Since Sinjar was liberated from ISIL last November, much rubble remains to be cleared, and the city still lacks running water, electricity and a viable security presence. Yazda estimates that more than 70 percent of the Yazidi population “may refuse to return to their homes [in Sinjar] because of chronic insecurity and the incapacity of government protection”.

Peshmerga commanders estimate that 15 percent of the Sinjar region remains under ISIL control, citing daily mortar fire from ISIL-held villages around the city. Without the presence of a permanent international protection force in Sinjar, few residents will return, Sabro speculated.

Since returning to the Chamisku camp, Sabro said he has convinced “a few friends” not to make the journey to Europe. But every day, smugglers show up at the camp, and people continue to leave. “I’m telling people the truth about my experience, but they aren’t listening,” he said. “Germany is a good place, but it’s not our home.”

Some of Sabro’s relatives told Al Jazeera that even they still planned to make the expensive and dangerous journey, despite his feedback – as do other Yazidis from Iraq.

Salah Bakarat, a Yazidi who has lived in the Chamisku camp with his family since ISIL overran Sinjar in 2014, already has one brother in Germany and is determined to reach Europe himself.

“I want to live in peace, and I don’t trust the government here any more,” Barakat said. “Regardless of the difficulties in moving to Europe, I’m hoping for a peaceful life, free of murder and treason. Most Yazidis want to leave Iraq.”

Bakarat, who says he does not look forward to the journey, also does not believe he has any other choice: “Sabro was wrong to come back. He talked about the difficulties, but I don’t care about that.” 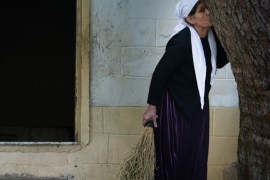 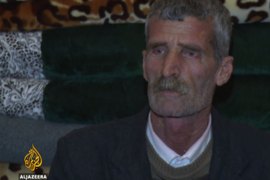 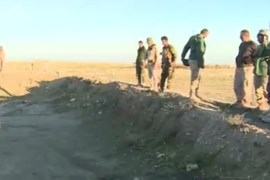 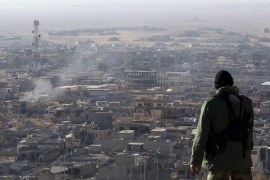