North Korea is holding its first party congress in nearly 40 years, as leader Kim Jong-un seeks to cement his absolute rule in the isolated country.

The congress drew thousands of selected delegates from across the country to the capital, Pyongyang, for what, in theory at least, was a gathering of North Korea’s top decision-making body.

The 33-year-old Kim, who was not even born when the last Workers’ Party Congress was held in 1980, was expected to deliver a keynote address which will be minutely scrutinised for any policy shift or personnel changes in the governing elite.

The 1980 gathering was staged to crown Kim’s father Kim Jong-Il as heir apparent to his own father, the North’s founding leader Kim Il-Sung.

Kim Jong Il, who died in December 2011, never held a party congress of his own.

Kim may decide to take on the post of party general secretary, a position held by his late father, elevating himself from first secretary.

“It is now his era, and the elders have passed away, and the idea will be that if he remains first secretary, then he might think he won’t get enough respect because of that,” said An Chan-il, a former North Korean military official who now heads a think-tank in Seoul.

The current congress was understood to have begun on Friday morning inside the imposing April 25 Palace, whose facade was adorned with huge portraits of the two late leaders, along with giant red and gold ruling party banners.

At the congress, Kim is expected to declare North Korea a nuclear weapons state and formally adopt his “Byongjin” policy to push simultaneously for economic development and nuclear capability.

North Korea has conducted a series of weapons tests, including three failed launches of an intermediate-range missile, in the run-up to the Workers’ Party congress.

Kim has aggressively pursued nuclear weapons and could be looking to a successful fifth test this week as a crowning achievement, analysts told Reuters news agency.

South Korea, meanwhile, has expressed concern that Pyongyang could conduct a nuclear test during the rare event.

Al Jazeera’s Harry Fawcett, reporting from Seoul, said the lack of any significant Chinese presence in the congress is a sign that North Korea’s relationship with its main benefactor is also strained as a result of Kim’s nuclear ambitions.

“In 1980, China sent one of the chief members of its communist party to North Korea to give weight to the Workers Party Congress held by Kim’s father,” Fawcett said, “This time there appears to be no such delegation. Even no such invitation from North Korea.

“North Korea has been pursuing a viable nuclear weapon. This has greatly upset China. They even signed up to the tougher sanctions by the UN.”

North Korea has invited foreign media to cover the congress, although journalists’ movements are closely managed and much of the country and its people remain off-limits to outsiders.

Security has been stepped up ahead of the key event, which, a South Korean official said, is expected to last four or five days. 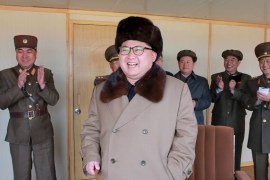 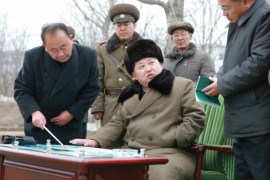