An Ohio zoo has defended its decision to kill an endangered gorilla as a young boy had fallen into its enclosure in an incident captured on video.

Harambe, a 17-year-old male western lowland silverback gorilla, was shot after the three-year-old crawled through a barrier and tumbled 4.5 metres into the Cincinnati Zoo enclosure on Saturday.

The zoo’s director says there was a clear danger to the toddler.

“You’re talking about an animal that’s over 400lb and is extremely strong. So, no, the child wasn’t under attack, but all sorts of things can happen in a situation like that. So he certainly was at risk,” Thane Maynard said.

On social media, Twitter users condemned the killing, saying the zoo should have considered other options, while on Facebook a “Justice for Harimbe” group now has more than 3,000 likes.

Police are investigating how the toddler got into the enclosure but say there is no question of charges being brought against the parents.

The boy was taken to hospital and treated for his injuries. 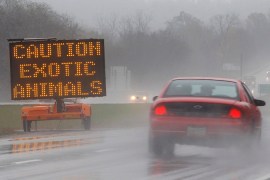 Police in US state kills dozens of exotic animals, including rare Bengal tigers, set loose by owner who commits suicide. 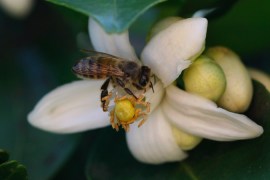 Do we care enough about animals?

We look at the dynamics of extinction and ask if the extinction of bees would be enough to cause a third world war. 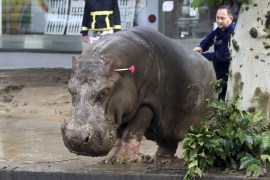 Zoo animals on the loose in Georgia amid deadly floods

Nine dead and Tbilisi residents warned to stay indoors after tigers, lions, bears and a hippo escape from their pens.