A Chinese detergent commercial showing a black man stuffed into a washing machine and transformed into a fair-skinned Asian has provoked outrage, although perhaps more so overseas than at home judging by social-media reaction.

The commercial for the Qiaobi brand shows a black man whistling and winking at a young Chinese woman, who calls him over, puts a detergent packet into his mouth, and forces him headfirst into a washing machine.

She sits on the lid while the man shrieks. Moments later an Asian man emerges in clean clothes, and the woman grins.

This racist laundry detergent ad from China will leave you speechless.https://t.co/Y4W5W5Wwoq

Many on social media were miffed and angered by the advert.

Some said the commercial was a crooked take on a similar Italian commercial , in which a Caucasian man was turned into a black man with the slogan: “Coloured is better”.

The Chinese version uses the same music and sound effects as the Italian clip.

The Chinese advert has been viewed on YouTube more than one million times. The user who posted it, Benoit Florencon, described the film as “raw racism”.

China has historically experienced almost no migration by people of African descent, although the population has grown in recent years as China has risen to become the continent’s biggest trading partner.

The Shanghai Leishang cosmetics company, which produces the gel-capsule product, has not responded to calls seeking comment.

The advert was reportedly shown in cinemas earlier this month. 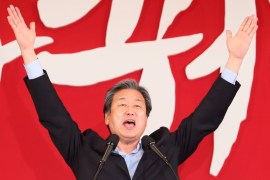 Conservative party leader apologises after jokingly comparing the colour of a Nigerian student to that of coal. 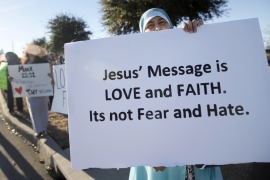 How has racism changed over time?

As Donald Trump calls for a ban on Muslims entering the US, the UK marks the 50th anniversary of its Race Relations Act. 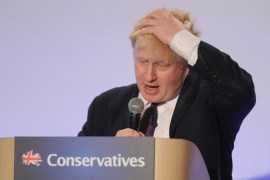