An Afghan spokesman has called on the new Taliban leader Mullah Haibatullah Akhunzada to join peace talks or face dire consequences, only hours after the armed group appointed him.

The Taliban named Haibatullah Akhunzada on Wednesday after confirming the death of Mullah Akhtar Mansoor, the group’s former leader, in a US drone strike in Pakistan’s Balochistan province.

The US and  Afghan administrations also confirmed his death.

“We invite Mula #Haibatullah to peace. Political settlement is the only option for #Taliban or new leadership will face the fate of #Mansoor,” Javid Faisal, spokesperson for Afghan Chief Executive Abdullah Abdullah, said on Twitter.

The Taliban has repeatedly refused to take part in peace talks sponsored by the Quadrilateral Coordination Group, which comprises representatives from Afghanistan, Pakistan, China and the US.

The fighters also show no signs of easing their ongoing spring offensive against the Afghan government.

We invite Mula #Haibatullah to peace. Political settlement is the only option for #Taliban or new leadership will face the fate of #Mansoor.

A suicide bombing, claimed by the Taliban, targeted a vehicle carrying court employees near the capital, Kabul, killing at least 10 people on Wednesday.

The Taliban seized power and ruled Afghanistan from 1996, but were toppled by the US-led invasion after the September 11, 2001 attacks on New York and Washington.

The group is fighting to impose Islamic law and drive the foreign forces out of the country.

A Taliban spokesman told Al Jazeera that Sirajuddin Haqqani and Mullah Yaqoob, son of the group’s former longtime leader Mullah Omar, had been appointed as the group’s new deputy leaders.

He said the appointments were made “after thorough discussion and meetings with the respected Taliban members among the group”.

Mansoor was chosen to head the Afghan Taliban last summer after it was announced that Mullah Omar had died two years earlier.

“He is very respected. He is an old man, definitely older than Mullah Omar, who referred to him [Akhunzada] as his teacher.

“Akhunzada is from Kandahar, from the Noorzai tribe. It’s a strong tribe among the Taliban leadership. All these things are signals that he might be able to unite the Taliban. That looks like one of the reasons they didn’t choose Haqqani as the leader.”

“They [the foreign forces and Afghan government] should now fasten their seatbelts as the attacks will continue and will be stronger than before,” he told Al Jazeera. 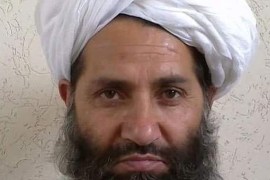 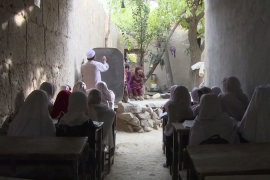