Binali Yildirim, Turkey’s transport minister, has emerged as the country’s new prime minister after the ruling party formally tapped him as its candidate to lead the party.

Yildirim, a close ally of President Recep Tayyip Erdogan for about two decades, will be the sole candidate for the Justice and Development Party (AKP) leadership at a special party congress on Sunday, according to Omer Celik, AKP spokesperson.

The AKP is holding the special congress to elect a new leader after Ahmet Davutoglu announced he was stepping down as head of the party following an increasingly public rift with Erdogan.

Yildirim’s appointment will also reinforce Erdogan’s hold on government as he seeks to extend his powers.

Yildrim said his nomination was the result of consultation among nearly 800 important AKP members.

“We will make every effort by working in full harmony, primarily with our founding chairman and leader, and then our colleagues within all ranks of our party to fulfill the targets of our great Turkey,” Yildirim said.

Al Jazeera’s Jamal Elshayyal, reporting from the Turkish capital Ankara, said that while Erdogan was no longer the leader of the AKP after becoming the president, he was still its founder and the spiritual leader.

“In terms of finding a leader who would not pose some sort of threat to the popularity or the authority of Erdogan, Yildirim fits the bill perfectly,” he said.

Yildirim served as the director general of the Istanbul Ferries Company (IDO) from 1994 to 2000 while Erdogan was Istanbul’s mayor.

In August 2001, Yildirim entered politics and became a co-founder of the AKP alongside Erdogan.

After becoming an MP a year later, he was named as the transport minister before quitting in 2014 because of his candidacy for the Izmir mayorship in the local elections.

He lost that race to the opposition candidate, Aziz Kocaoglu, and was not listed in the AKP’s MP candidate list for the June 2015 general election because of the party’s three-term limit.

During this period he served as an adviser to Erdogan, before entering parliament again and returning to his role as the transport minister that year. 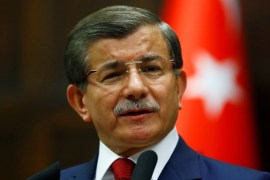 Ahmet Davutoglu to leave post after what is reported as a falling out with President Recep Tayyip Erdogan. 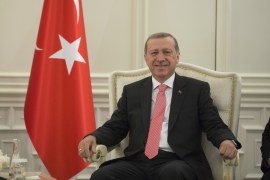 Turkey’s Erdogan does not rule out new election