Facebook’s founder Mark Zuckerberg has met a group of conservative pundits and media personalities to defend the site against allegations of bias.

The editorial practices at the world’s largest social network came under scrutiny after a former Facebook contractor anonymously accused editors there of deliberately suppressing conservative news.

The allegations were reported by technology news website Gizmodo, which did not identify the ex-contractor.

“People who look at Facebook’s trending news think that was an accurate representation of what was trending among Facebook users,” Tim Groeling of the University of California told Al Jazeera. “That appears not to have been the case.

Facebook had already denied the allegations of bias and said they started an investigation on the issue. But, the explanations given by Zuckerberg and other high-ranking Facebook employees were not satisfactory for many conservative Americans.

“Facebook says it is investigating,” said Al Jazeera’s Rob Reynolds, reporting from Los Angeles. “The fear is it could see conservative-minded users drop off the platform and face loss of advertising revenue if the controversy grows.”

After the closed-door meeting at the social media giant’s Menlo Park California headquarters, Zuckerberg defended his company’s practices but acknowledged that many conservatives believe Facebook is politically liberal.

“It doesn’t make sense for our mission or our business to suppress political content,” Zuckerberg wrote on Facebook after the meeting. “I know many conservatives don’t trust that our platform surfaces content without a political bias,” he added.

“I wanted to hear their concerns personally and have an open conversation about how we can build trust.”

A Facebook spokeswoman said the meeting produced “a constructive discussion” and some attendees also called it productive.

“I think Facebook is very sincere in wanting to resolve outstanding issues with conservatives,” Brent Bozell, president of the Media Research Center, said after the meeting.

On her Facebook page, conservative CNN commentator S E Cupp said the meeting had produced “strong commitments to address issues, as well as to work together on common goals”.

Zuckerberg said that while Silicon Valley has a reputation for being liberal, Facebook’s 1.6 billion users span every background and ideology.

“The reality is, conservatives and Republicans have always been an important part of Facebook,” Zuckerberg wrote.

Fox News “drives more interactions on its Facebook page than any other news outlet in the world,” Zuckerberg added. “It’s not even close.” 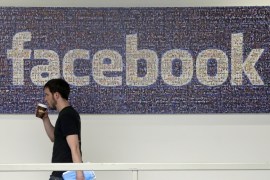 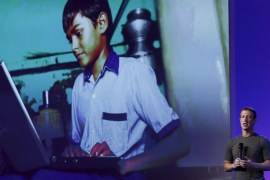