A leader of a banned Islamic party in Tajikistan has voiced concern over the fate of 16 opposition leaders, who are currently in government custody.

Muhiddin Tilloevich Kabiri, head of the Islamic Renaissance Party of Tajikistan, who is in self-imposed exile, told Al Jazeera on Sunday that five of his colleagues face life imprisonment, while the rest could get 30 years in prison for an alleged conspiracy to bring down the country’s government.

“The situation in Tajikistan is dire. We now know that the state prosecutors, who are subservient to the political establishment, have asked the court to condemn five of our top leaders to life imprisonment and the rest to 30 years,” Kabiri said.

“The courts are not independent. We know that this unjust and politically motivated condemnation will pass through the court at ease,” Kabiri added.

Among the opposition members in custody are the two deputies of the party, Sayed Omar Hosseini and Muhammad Ali Hayet.

Kabiri, who has been in exile since March when fellow party members were arrested, describes the situation in Tajikistan as “being on the brink of violent revolt” and accuses the Tajik president of closing the door to peace.

In a speech to parliament last January, Tajik President Emomali Rahmon accused the opposition of attempting to overthrow the government.

“The shameful events of early September which were designed to change the government by force, were planned and financed by the leadership of Islamic Renaissance Party of Tajikistan,” Rahmon said.

“It was under such circumstances that the security organisations managed to arrest these terrorists and restore calm to the nation,” Rahmon added.

The country is due to hold a referendum on constitutional amendments on May 22 that will allow the removal of presidential term limits.

Rahmon, who came to power in 1992, is currently serving his fourth term in office. Previous amendments allowed him to get around the two-term limit.

Rahmon current term, which ends in 2020, was meant to be his last in office.

According to the International Crisis Group, Rahmon’s 23-year rule is marred by violence, lack of accountability, corruption and mass migration.

It is also marred by controls on religion and political opposition, including a ban on the Islamic Renaissance Party of Tajikistan . 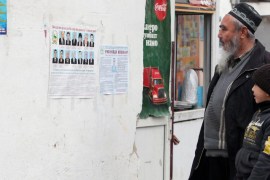 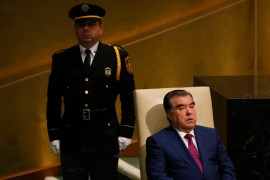 Tajikistan poised to slide back towards war 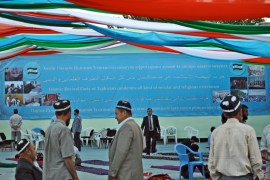