Netanyahu had met French Foreign Minister Jean-Marc Ayrault on Sunday and discussed the “scandalous resolution accepted at UNESCO with France’s support, that does not recognise the bond of thousands of years between the Jewish people and the Temple Mount.”

This French support “casts a shadow over the impartiality of the entire forum France is trying to convene,” Netanyahu said, before a weekly cabinet meeting.

The Israeli premier was referring to a resolution adopted last month by the Paris-based UN cultural body on the flashpoint Al-Aqsa mosque compound in Jerusalem, which made no reference to the fact it is also revered by Jews as the Temple Mount and is the most sacred site in Judaism.

Sources close to Ayrault said on Sunday that France “regretted” the resolution, echoing remarks by French Prime Minister Manuel Valls who on Wednesday called it “clumsy” and “unfortunate” and said it should have been avoided.

But at the same time, Ayrault rejected Netanyahu’s claim of French impartiality, insisting that an Israeli-Palestinian peace process was imperative to prevent the spread of deadly Islamist violence.

“France has no vested interest, but is deeply convinced that if we don’t want to let the ideas of the Islamic State group prosper in this region, we must do something,” he told reporters at Ben Gurion airport after meeting both Netanyahu and Palestinian president Mahmoud Abbas.

Ayrault was on a visit to prepare for a May 30 international ministerial meeting to try to revive Middle East peace talks that have been frozen since a US-brokered initiative collapsed in April 2014.

Israeli and Palestinian representatives were not invited to the French peace meeting, and on Sunday Netanyahu reiterated his opposition to indirect peace attempts, blaming the Palestinians for rejecting direct talks.

“Any other attempt just distances peace and gives Palestinians a means of evading dealing with the root of the conflict, which is not recognising the State of Israel,” Netanyahu said. 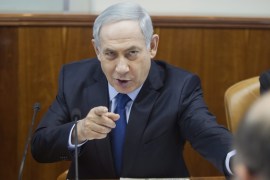 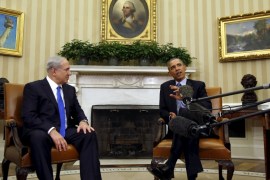 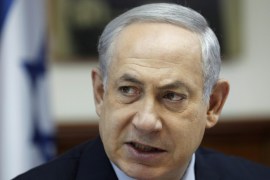