Facebook has denied allegations that its editors have been suppressing news stories of interest to conservative readers from the social network’s influential “trending news” section.

The denial came a day after the popular technology website Gizmodo published a report claiming that Facebook editors routinely manipulated the site’s “trending” list in favour of progressive news stories.

The report was based on the anonymous testimonies of former Facebook “news curators”.

“Depending on who was on shift, things would be blacklisted on trending,” one former Facebook employee, identified as politically conservative, told the website.

“I’d come on shift and I’d discover that Conservative Political Action Conference (CPAC) or Mitt Romney or Glenn Beck or popular conservative topics wouldn’t be trending because either the curator didn’t recognise the news topic or it was like they had a bias against Ted Cruz.”

Responding to the allegations, which ironically became a trending topic on Facebook as well as Twitter, social media site’s vice president of search, Tom Stocky, said they “have found no evidence that the anonymous allegations are true”.

The Gizmodo report also alleged that as well as discriminating against conservative news items, Facebook editors were instructed to artificially “inject” selected stories into the trending news module, even if they were not popular enough to warrant inclusion.

Stocky, on the other hand, said this would not be technically feasible.

“We have in place strict guidelines for our trending topic reviewers as they audit topics surfaced algorithmically,” he said. “Facebook does not allow or advise our reviewers to systematically discriminate against sources of any ideological origin and we’ve designed our tools to make that technically not feasible.

“We do not insert stories artificially into trending topics, and do not instruct our reviewers to do so,” he said.

The allegations came only weeks after Facebook’s founding CEO Mark Zuckerberg took aim at Republican presidential candidate Donald Trump and his controversial policies in a company conference without naming him.

“I hear fearful voices calling for building walls and distancing people they label as ‘others’. I hear them calling for blocking free expression, for slowing immigration, for reducing trade, and in some cases even for cutting access to the internet,” Zuckerberg said.

The allegations in the Gizmodo report draw criticism from conservative and liberal figures alike.

“Facebook has the power to greatly influence the presidential election,” the Republican National Committee said in an online statement.

“It is beyond disturbing to learn that this power is being used to silence viewpoints and stories that don’t fit someone else’s agenda.”

Bloomberg Editor Bill Grueskin shared a link to the Gizmodo report and said:

For anyone who cares about press freedom, this is frightening stuff https://t.co/ET5pbVi0Aa

Aside from fueling right-wing persecution, this is a key reminder of dangers of Silicon Valley controlling content https://t.co/BCromK3Wvu

Facebook topped more than a billion users in 2012, rising to 1.65 billion users today, according to the analytics website Statista.

The company’s largest market is in North America, where it has 222 million users. 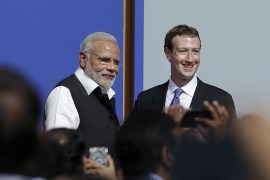 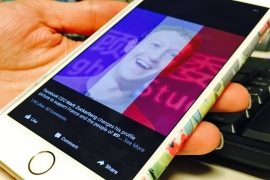