Authorities had been frantically seeking the so-called “man in the hat” ever since he was filmed alongside the two bombers just before the deadly March 22 airport blasts.

Abrini, captured on Friday, “confessed his presence at the crime scene. He explained having thrown away his vest [jacket] in a garbage bin and having sold his hat afterward”, the federal prosecutor’s office said.

“He is charged with participation in the activities of a terrorist group and terrorist murders,” it said in a statement.

Abrini, 31, was seized alongside five others as part of the investigation into the suicide attacks at the airport and a Brussels metro station that killed 32 people.

Three other men – identified as Osama K, Herve BM and Bilal EM – were also charged, while two other people arrested on Friday were released after “thorough investigation”.

OPINION: Is Europe under attack?

Prosecutors said that they identified Osama K as the man seen on CCTV footage with Khalid el-Bakraoui moments before the latter blew himself up at the Maelbeek metro station.

They added Osama K is also the man filmed buying the luggage used to conceal the bombs set off by the two airport attackers.

The investigating judge has “charged him with participation in the activities of a terrorist group and terrorist muders,” the prosecutor’s statement said.

Herve BM, a Rwandan national, and Bilal EM are suspected of assisting both Abrini and Osama K, the prosecution said.

They were charged with complicity “in terrorist murders and participation in the activities of a terrorist group”, in connection with the Brussels attacks.

Abrini has been on Europe’s most wanted list since the November 13 Paris attacks, in which 130 people were killed.

Prior to his arrest, he was last seen two days before the attacks in a motorway service station CCTV video driving with another Paris attacks suspect – Salah Abdeslam, who was arrested last month – towards the French capital from Belgium.

The car they drove was used in the attacks, in which Abdeslam’s elder brother was a suicide bomber.

Islamic State of Iraq and the Levant (ISIL, also known as ISIS) claimed responsibility for the Brussels bombings, as well as the coordinated attacks in Paris. 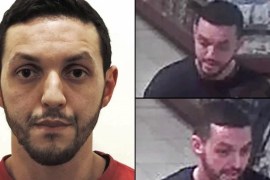 Police also looking into whether Mohamed Abrini, arrested along with four others, is the so-called “man in the hat”. 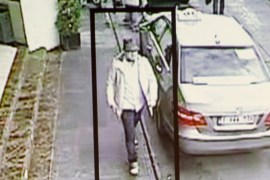 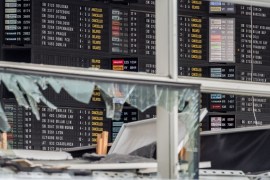