Cypriot authorities have approved a request from Cairo to extradite the man accused of hijacking an EgyptAir plane and diverting it to the Mediterranean island, according to Egyptian state news agency MENA.

Egyptian Seif el-Din Mustafa, 59, is accused of using a fake suicide belt to seize the Alexandria-Cairo flight on March 29 and force it to land in Cyprus.

The suspect surrendered at Larnaca airport after commandeering the domestic flight MS181 with 82 people on board.

“Instructions were given for the relevant procedures to begin,” a government official told AFP news agency.

Officials are expected to try to fast-track the extradition process, which could take several weeks. The suspect is expected to remain in police custody until his extradition papers are ready.

The Egyptian state prosecutor’s office had asked for him to be handed over under a 1996 bilateral extradition treaty.

Mustafa, described by authorities as psychologically unstable, said he acted out of desperation to see his Cypriot ex-wife and children.

“When someone hasn’t seen his family for 24 years and wants to see his wife and children, and the Egyptian government doesn’t allow it, what should one do?” the hijacker had told Cypriot police in a statement.

READ MORE: Egyptians ‘wish’ they were on hijacked EgyptAir flight

According to police, Mustafa has given a voluntary statement admitting to the hijacking.

His ex-wife has been quoted by Cypriot media as describing their five years of marriage as a “black period” of her life.

Most of the passengers were quickly released after the plane landed, but some escaped only minutes before the six-hour standoff finished.

Passenger Farrah el-Dibany had told Al Jazeera that it took a while for those aboard to realise that they were taken hostage.

“It was the moment that we saw we were flying over sea … I was horrified,” she said. “That’s when we realised something was wrong but nobody imagined that it could be that kind of thing.

“Then, one of the cabin crew passed by all of the passengers and collected all the passports without giving any reason. He just said that there was a problem and that they could not say anything more.

“About 45 minutes later, one of the cabin crew members told us that we were hijacked. They didn’t say by whom, or what the demands were, or where we were heading.

“It was a horrifying moment,” el-Dibany said. 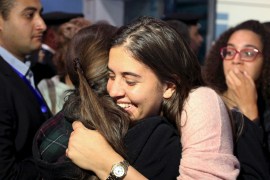 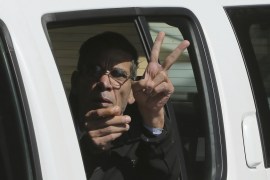 The 59-year-old Egyptian, who surrendered after a five-hour standoff, had not “seen his family for 24 years”. 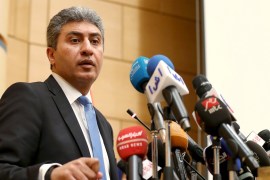