It seemed like a Cold War episode. A T-90, one of Russia’s most advanced battle tanks, was hit by a US-made “tank killer” – a tube-launched, wire-guided BGM-71 TOW missile.

The tank withstood a lightning-like explosion without igniting, and one of the crewmembers hastily got out of the turret.

The episode may have pitted weapons produced by Cold-War rivals, but the scene took place in Aleppo in February. The tank was operated by Syrian government forces, and the TOW was launched by Hawks Mountain Brigade, an opposition group that got the TOW via Saudi Arabia or directly from the CIA, a military analyst said.

The whole episode was “a chance to see what happens when state-of-the-art hardware from two major world powers violently collide in the Middle East”, Robert Beckhusen wrote for the National Interest magazine.

It was also a perfect commercial for Russian arms producers.

The Kremlin said it spent almost $500m on its military operation in Syria that started on September 30 and goes on despite a widely advertised partial withdrawal last month. But Moscow could earn a lot more after the world saw Russia-made weapons, old and new, battle-tested by the Russian air force and Syrian President Bashar al-Assad’s military on the ground.

“This is colossal advertising and Russia expects new purchases worth tens of billions of dollars,” Alexander Markov, political analyst and member of Russia’s Council on Foreign and Defense Politics, told Al Jazeera.

“Hundreds of experts from arms producing [companies] have been there, and they tested their systems in battle conditions.”

Show off the goods

The Syrian war has helped Moscow boost its status as a major arms producer and exporter, already the world’s second-largest after the United States.

And that’s good news for President Vladimir Putin amid a deepening economic crisis caused by low oil prices, the falling rouble, and Western sanctions imposed over Russia’s actions in Ukraine.

The Syrian operation provided an “excellent opportunity to show off the goods”, Ruslan Pukhov, director of the Moscow-based Center for Analysis of Strategies and Technologies, told Al Jazeera.

The operation provided a chance to battle-test “all the last-generation military systems that Russia could not test in military condition – high-precision weaponry, missiles, helicopters, planes and cruise missiles”, he said.

The Kommersant daily said last week, quoting Kremlin insiders and military analysts, that the “marketing effect” of the Syrian conflict will boost Russia’s arms sales by up to $7bn.

Algeria has bought a dozen Sukhoi Su-32 fighter bombers, an export version of the Su-34 that proved lethally effective in Syria. The new aircraft will replace Algiers’ aging fleet of Russian-made MiG-25s.

Pakistan, Vietnam, Indonesia and a string of Latin American nations are also eager to buy more bombers and helicopters, but they also want more than just aircraft, a backbone of Russia’s arms exports since the 1991 Soviet Union collapse.

Their focus shifted to Russian jamming communication stations, S-400 missiles, tanks, air-defence systems, small arms, and even submarines that have been battle-tested in Syria.

Even NATO member states such as Greece show cautious interest in Russian arms, he said.

READ MORE: Analysis: A reluctant Russia in the Middle East?

In 2015, Russian arms exports hit a record $14.5bn because of their “reliability and high effectiveness”, President Putin said in late March. The figure was higher than expected, and foreign orders for Russian weapons exceeded $56bn, Putin added, addressing a meeting of defence officials.

In an apparent attempt to impress the West and the rest of the world – and appease Putin – Russia’s defence ministry showed off some sophisticated weapons that are not for sale, and whose use in Syria did not seem necessary.

Of course, the deployment of these weapons – as well as Moscow’s strikingly effective coordination of its military intervention – were impossible without a series of sweeping military reforms in Putin’s Russia.

In 2008, Russia waged and won a five-day war with ex-Soviet Georgia over the breakaway province of South Ossetia. Despite the seemingly triumphant declaration of South Ossetia’s independence, the Kremlin realised that its ground and air forces did not perform well.

The reforms were led by Russia’s first “civilian” defence minister, Anatoly Serdyukov, who once owned a furniture workshop and happened to be a former prime minister’s son-in-law.

READ MORE: Russia vs the West: The information war over Palmyra

Despite fierce resistance from aged generals, Serdyukov sacked several defence and intelligence officials, and got rid of hundreds of thousands of officers and troops, although he fell short of ending the conscription system that has terrified young Russian men for decades because of widespread hazing.

Serdyukov also eliminated dozens of military installations, especially in western Russia, where they have been rooted for decades since the Cold War.

Serdyukov was fired in 2012 amid a corruption scandal and, reportedly, an extramarital affair with his subordinate. But the results of his reforms were seen during Russia’s rapid and almost bloodless takeover of Crimea and, of course, the Syrian campaign. 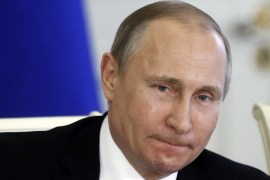 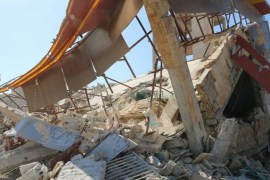