There were more executions worldwide in 2015 than in any year since 1990 and almost 90 percent occurred in Iran, Pakistan and Saudi Arabia, according to Amnesty International, the UK-based rights group.

At least 1,634 people were executed last year, it said in a report published on Wednesday, adding that the actual number was probably significantly higher, given that there were no definitive numbers for China.

“The number of known executions rose by more than 50 percent compared with 2014 – this development is unsettling and alarming,” said Oliver Hendrich, an expert on capital punishment at Amnesty International in Germany.

In the US, 28 people were executed last year, the lowest number since 1991, Amnesty said.

Countries that impose the death penalty are in the minority for the first time now, Amnesty said.

More than 20,000 people remain on death row across the world, according to Amnesty, despite the Republic of Congo, Fiji, Madagascar and Suriname becoming the latest of more than 100 nations to abolish the death penalty.

“The majority of states have turned their back on the death penalty, and in 2015 four more countries completely removed this barbaric punishment from the laws.” 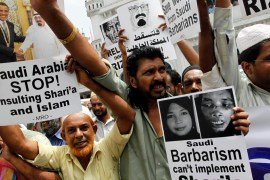 Saudi Arabia’s 2015 beheadings the most in 20 years

The government has already put 151 people to death this year as rights groups continue to call for accountability. 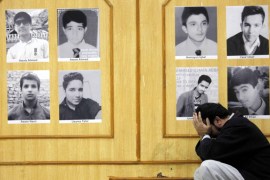 At least eight death-row convicts hanged as concerns raised over due process a year after deadly Peshawar school attack.