A member of the Qatari royal family was released by kidnappers in Iraq nearly four months after being taken captive while on a hunting trip.

“Efforts are still ongoing to free the rest of the 26 kidnapped,” said a brief statement published on the Qatar News Agency website on Wednesday.

The pair, who were not named, were among more than 20 people abducted from a desert hunting party close to the Saudi border last December.

It is not known if any ransom was paid for the two men.

The hunters were abducted when gunmen attacked their camp in a Shia-majority area of southern Iraq. Nine members of the party managed to escape and cross into nearby Kuwait.

Qatar had said earlier its nationals crossed into Iraqi territory with an official permit from Iraq’s interior ministry.

Faleh al-Zayadi, the governor of Muthanna province, where the hunters were seized, told AFP at the time that “a number of members” of the Qatari ruling family were among those taken.

He said the kidnappers were heavily armed and travelled in dozens of vehicles.

A foreign ministry spokesman told AFP that negotiations were continuing with the Iraqi government to try to secure the release of the remaining abductees.

Earlier this year, Doha said Baghdad had a “responsibility” to free all those who had been kidnapped. 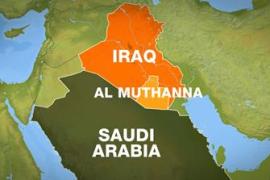