Voters in the Netherlands are going to the polls in a national referendum on economic and political ties with Ukraine, a vote widely seen as a test of anti-European Union sentiment.

Wednesday’s referendum came as a result of a petition that was started by the Dutch newsblog GeenStijl, which is known for its right-wing views and anti-EU stance.

GeenStijl collected more than the 400,000 signatures needed to force a vote.

Those driving the “no” campaign say Dutch voters should have their say on policies such as EU expansion, legislation and aid packages.

Bas Paternotte, a columnist for GeenStijl, said Ukraine is not a suitable partner for the EU.

“I will vote against this (EU-Ukraine) deal because that country is not ready,” Paternotte said.

“I find it sad for all those young people who fought for their freedom during the revolution but the country is a mess. Government-sponsored mobs are walking around with swastika flags. (President) Poroshenko has been named in the Panama Papers. Ukraine is unfinished,” he added.

However, some Dutch politicians in the “yes” camp say rejecting a treaty intended to bring Ukraine closer to the EU would hand a symbolic victory to Russian President Vladimir Putin.

Pro-Russian separatists in Ukraine are widely accused of bringing down an airliner in 2014 with the loss of almost 200 Dutch lives.

Even so, many would-be “yes” voters are considering staying away from the vote, launched by the Eurosceptics.

The “no” vote is ahead in polls, but turnout estimates hover around just 30 percent, the minimum needed for a valid result, on an issue with little national significance.

In addition, few believe that the Ukraine treaty, which has already provisionally gone into effect with the approval of the 27 other EU member states, can be derailed.

If the referendum result is not valid, or the “yes” vote wins, the process is likely to be written off as a waste of time and money.

However, if voters return a valid “no” vote, less than three months before a British referendum on whether to quit the EU, it could escalate into a domestic or even a European political crisis.

Europe’s refugee debate has cost the already unpopular government of Mark Rutte further ground, and ignoring a “no” vote would be risky with national elections scheduled no later than March 2017.

In theory, the cabinet could use an overwhelming “no” vote to ask the EU to reopen negotiations with Ukraine to alter the treaty, though a collapse of Rutte’s coalition seems more likely. 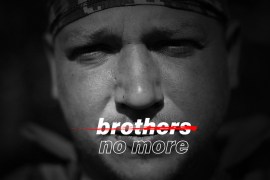 The relationship between ethnic Ukrainians and ethnic Russians may be the greatest casualty of the Ukrainian crisis. 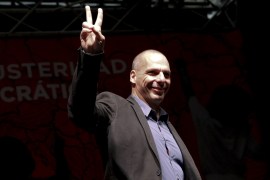 Can the Democracy in Europe Movement save Europe from itself? Or will Europe disintegrate, as Varoufakis predicts?