A Syrian army plane has been shot down in the north of the country and the the pilot captured alive, according to government media and the opposition.

SANA, the state news agency, said on Tuesday that the fighter jet was downed by a surface-to-missile and that the pilot ejected over the Aleppo province.

The Britain-based Syrian Observatory for Human Rights said al-Nusra Front, al-Qaeda’s affiliate in the country, had shot down the plane over the town of Al-Eis.

Al-Nusra Front is not party to a ceasefire between government forces and the opposition fighters that has been in place since February 27.

In footage circulated on social media, which purported to show the scene where the plane crashed, about a dozen men crowded around a man lying in the dirt.

Some of them shout: “He’s Syrian, he’s Syrian!” and others cry: “Get his weapons off him!”

On Friday, al-Nusra and its allies pushed government loyalists out of Al-Eis.

Last month, opposition fighters shot down a Syrian army plane over the village of Kafr Nabuda in the central province of Hama.

Abu Firas al-Suri was targeted in a suspected US strike along with his son and 20 other fighters, monitor says. 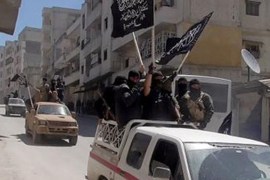 Al-Qaeda-linked group accused of trying to take advantage of partial ceasefire in Syria to exert its influence. 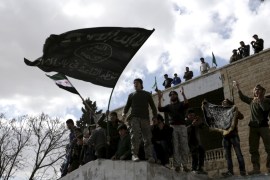 Syrian jet shot down by rebels ahead of peace talks

Syrian government and opposition trade barbs about future of President Assad in lead up to crucial Geneva meeting. 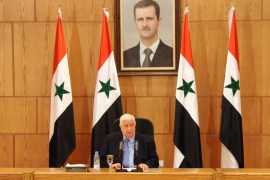