The US military has said that a deadly air strike on a Doctors Without Borders (MSF) hospital in Afghanistan last year was a mistake and therefore not a war crime.

Technical and human error led to the attack, General Joseph Votel said on Friday as he presented the results of an internal investigation into the October 3 incident in the northern Afghan city of Kunduz.

At least 42 people, including 24 patients, 14 staff and four caretakers, were killed and 37 others wounded in the air strike, which destroyed the MSF hospital building and prompted widespread condemnation from human rights groups.

“The personnel involved did not know that they were striking a medical facility,” the investigation report concluded.

“The intended target was an insurgent-controlled site which was approximately 400 metres away from the MSF Trauma Center.”

The hospital was mistaken for another building controlled by the Taliban, Votel told reporters at the Pentagon.

The hospital was on a list of buildings not to target, but the aircraft crew did not have access to the list owing to problems with a radio system, he added.

“The investigation determined that all members of both the ground force and the AC-130 air crew were unaware that the aircraft was firing on a medical facility throughout the engagement,” Votel said.

“The investigation ultimately concluded that this tragic incident was caused by a combination of human errors, compounded by process and equipment failures.

MSF said it was reviewing the report to determine if it addressed questions that remained after the attack, but the international medical charity said it was not satisfied with an investigation carried out only by the military rather than an independent body.

“Today’s briefing amounts to an admission of an uncontrolled military operation in a densely populated urban area, during which US forces failed to follow the basic laws of war,” MSF President Meinie Nicolai said in a statement.

“It is incomprehensible that, under the circumstances described by the US, the attack was not called off.”

The US cannot “escape their responsibilities on the battlefield simply by ruling out the intent to attack a protected structure”.

Sixteen military personnel, including a general officer, were singled out for discipline, but none will face criminal charges, Votel said.

Punishments included suspension and removal from command, letters of reprimand, counselling and retraining, the military said. Five people were ordered out of Afghanistan.

Exact details about punishments and who was involved were withheld owing to privacy concerns.

The US will also make payments to the victims and their families and spend $5.7m on rebuilding the hospital, the DPA news agency reported.

The military was also instituting reforms to prevent such mistakes in the future, including changes into how its no-strike list is accessed.

US President Barack Obama had been briefed on the report, spokesman Josh Earnest said. 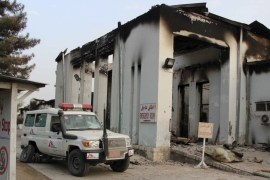 About 16 US military personnel are disciplined for missile strikes on civilian hospital in Kunduz that killed 42 people. 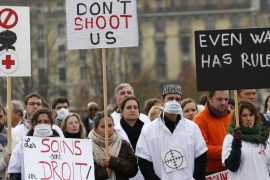 US says deadly strike on Afghan hospital was avoidable 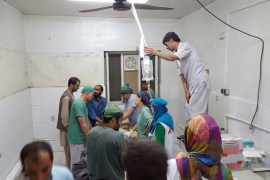