Finland’s highest administrative court has ruled against the deportation of an Afghan asylum seeker to Hungary as there is a risk of “inhuman and degrading treatment” in the European Union member state which is widely criticised for its policies against refugees.

The Finnish Immigration Service, the body that overlooks the asylum seeking process, suspended the return of the applicant to Hungary hours after the Supreme Administrative Court ruling was announced on Wednesday.

“It is not possible to reliably ensure that returning an asylum seeker to Hungary would not violate … [international treaties], which prohibit, among others, inhuman and degrading treatment,” the court said in its judgment.

The court’s verdict said the Finnish Immigration Service’s decision in 2014 not to look into the Afghan man’s application and deport him to Hungary was a breach of his rights.

The Finnish Immigration Service sent the man to Hungary on the grounds that he first sought international protection there – in line with a key EU law on the issue.

The ruling said there was a possibility that Hungarian authorities might send the refugee to Serbia, which he had entered Hungary from, without properly evaluating his application.

Amnesty International, which campaigned against returning of asylum seekers to Hungary, welcomed the verdict and called for further action against the breaches in the country.

“We urge all EU member states to refrain from sending refugees to Hungary as they would face systemic failures in asylum procedures and the reception conditions as well as the risk of refoulement to Serbia,” Susanna Mehtonen, legal adviser at Amnesty International Finland, told Al Jazeera.

“Following the ruling, we expect asylum seekers coming from Hungary to take their individual examination here in Finland, as they cannot be sent there.

“The Afghan asylum seeker, who won the case, is expected to get the same procedures as any Afghan who arrived in Finland, regardless of the fact that he first sought asylum in Hungary.”

The EU’s Dublin Regulation on asylum seeking process says if a person applies for asylum in an EU member state, he or she cannot seek asylum in another.

However, the Finnish court ruled in favour of the Afghan man despite the rule as a result of the breaches of asylum seeker rights in Hungary.

Erno Simon, public information officer of the UNHCR Central Europe, told Al Jazeera that Hungarian asylum system is far from functioning perfectly and the organisation does not see Serbia as a safe country for refugees.

Last June, Hungary, trying to cope with huge flow of refugees to its borders, briefly suspended the EU law on the procedures of processing of asylum claims.

The government reversed its decision the next day because of the European Commission threat of taking action against the EU member state as the Dublin Regulation did not foresee such a suspension.

In September, Hungary sealed off its border with Serbia with a razor-wire fence, blocking access to its territory for thousands of refugees.

Legal amendments that came into force on the same day criminalised “illegal” entry, punishable by up to three years’ custodial sentence, and introduced “transit zones” where an accelerated asylum procedure is applied to the few asylum seekers they admit each day.

“Hundreds of people are detained through this rule, but nobody was sentenced. And Serbia does not take them back,” Simon told Al Jazeera.

“When they get out of detention, they are either put into open facilities – where they can get in and out freely – or detention facilities, where they cannot get out. In either case, conditions are not good. Hungarian measures are against our point of views and basic values respected by UNHCR.”

In March, the Swedish Migration Court also decided to suspend the transfer of all asylum seekers to Hungary under the Dublin Regulation in response to the complaints over the country’s policies. 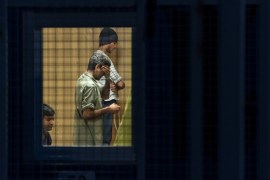 During the first two weeks of March, at least 1,428 were arrested for breaching Hungary’s border fence with Serbia. 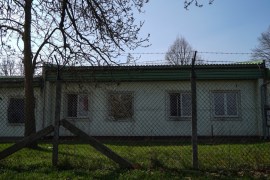