Ethiopia has declared two days of national mourning for 208 people killed in cross-border cattle raids during which the government says more than 100 children were also kidnapped.

Parliament said in a statement carried by state media that flags would be flown at half-mast across the country, and in its foreign missions, from Wednesday.

It gave no further information about the missing children.

The raids last week happened in three districts of Gambela, in the country’s west, when attackers from neighbouring South Sudan crossed into Ethiopia.

Gambela straddles the border of the two nations and is home to more than 280,000 South Sudanese refugees fleeing a civil war that has raged for more than two years, forcing at least one million people from their homes.

Prime Minister Hailemariam Desalegn said on Monday that his government was working with the government in South Sudan to hunt down the attackers.

The attackers were not South Sudanese government forces or rebels, according to Hailemariam.

“The atrocities committed by armed militants from South Sudan’s Murle tribe claimed the lives of 208 mothers and children. They also abducted 102 children,” he said, giving a lower figure for the kidnappings than the 108 previously given by government officials.

Ethiopia’s Information Minister Getachew Reda told Al Jazeera on Sunday that the army had killed at least 60 of the attackers, and that the government was willing to pursue more across the border.

Cross-border cattle raids, often involving Murle tribesmen from South Sudan’s Upper Nile and Jonglei regions, are not uncommon in the area. Previous attacks, however, were much smaller in scale. 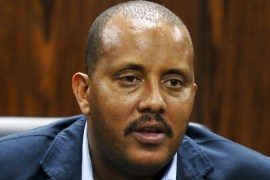 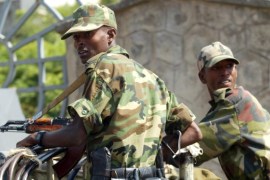 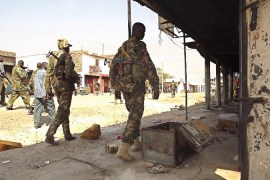