The Syrian government’s chief negotiator has said that his side is pushing for an expanded administration led by President Bashar al-Assad, and that Assad’s own future was not up for negotiation.

The Western-backed Syrian opposition said on Monday that it was taking what it called a pause from UN-sponsored talks in Geneva aimed at ending the five-year conflict.

The opposition wants some form of transitional governing body with full executive powers – but without Assad.

But Bashar Jaafari told Lebanese TV news channel al-Mayadeen on Tuesday that a bigger government was needed to preserve the country’s existing institutions.

“In Geneva, we have one mandate only: to arrive at an expanded national government. This is our mandate this is the goal we strive to achieve,” Jaafari said on Tuesday.

On Monday, Jaafari accused Saudi Arabia, Turkey and Qatar – all opposition backers – of trying to derail the talks after the rebels suspended their participation.

“There has been a decision … in Saudi Arabia, in Turkey and in Qatar to derail inter-Syrian decision-making,” he said.

“They do not want there to be a dialogue between Syrians – they want to make the Geneva negotiations fail.”

Jaafari said the opposition and the countries that support it were “annoyed because of the progress being made by the Syrian army on the ground”.

The UN struggled on Monday to keep the troubled talks on track, as the opposition suspended “formal participation”, accusing the government of repeated violations of a fragile ceasefire that has been in place since February.

The main opposition bloc in Geneva, the High Negotiations Committee (HNC), accused the government of sending a message that it did not want a political solution, but a military solution that the opposition said would destroy the country.

HNC coordinator, Riad Hijab, said during a press conference in Geneva that there could be no solution in Syria if Assad remained in power.

“There is no solution in Syria if Bashar al-Assad is present. We came to Geneva for a political transition in Syria, but the government does not want a political solution because it knows such a solution is the end of the regime.

“We will not be here in Geneva negotiating any more while our people are starving and living under bombardment, Syrians pay blood for time we are wasting here in Geneva.” Hijab said.

WATCH: ‘Anyone who shows the truth is an enemy’

The ceasefire has been strained to breaking point, particularly around the divided city of Aleppo, with each side blaming the other for an escalation that has underlined the huge challenge facing peace talks that are currently being held in Geneva.

The ceasefire, which was supposed to buttress the talks, had reduced violence despite alleged violations on both sides.

The truce has held in most of Syria, except in the north, where it has practically collapsed. Al-Nusra Front, excluded from the agreement, is deeply rooted in the parts of northern Syria controlled by opposition forces, complicating the oversight of the truce.

But United Nations peace envoy Staffan de Mistura insisted that the ongoing round of indirect discussions, which began on April 13, would continue through the week as planned.

According to the UN, more than 250,000 people have been killed and millions have fled the country since Syria’s conflict erupted in  2011. 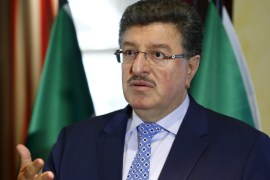 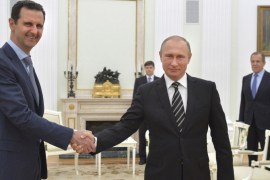