The campaign, kick-started at the now-defunct Palestinian Legislative Council in Ramallah on Tuesday, is aimed at drawing attention to the plight of Barghouti, also a parliamentarian, as well as approximately 7,000 Palestinians incarcerated by Israel, according to Fadwa Barghouti, the Fatah official’s wife.

“This nomination is important because it says that the Palestinian people have a legitimate right to free themselves from the Israeli occupation,” said Fadwa Barghouti, who recently returned from Tunis, where its parliament announced its support for nominating the imprisoned leader for the prize.

“Israel calls Barghouti and the rest of the prisoners terrorists; this nomination says otherwise,” she added.

The campaign, supported by the Palestinian Prisoners’ Club, a Ramallah-based rights group, and the Palestine Liberation Organization’s Commission for Prisoners’ Affairs, is also backed by Adolfo Perez Esquivel, an Argentine human rights activist, who was the recipient of the 1980 Nobel Peace Prize.

Outside parliament, dozens stood carrying Palestinian flags, and posters showing Marwan raising his shackled hands in a gesture of defiance.

“Regardless of whether Marwan wins the prize or not, the crux of the matter is the political, legal and symbolic importance of this nomination,” said Issa Qaraqe, head of the PLO Commission for Prisoners’ Affairs.

Marwan Barghouti was arrested in 2002 – during the second Intifada – and was later convicted by an Israeli court on five counts of murder.

Given the support and widespread respect he enjoys among Palestinians and the various parties, Barghouti has been named a possible successor to Mahmoud Abbas, the Palestinian president.

Barghouti had previously been imprisoned in 1978 for more than four years for being a member of Fatah – something Israel considered a crime back then.

Fluent in Hebrew and politically active during his student years at Birzeit University, he became a leading member of the party’s “young guard”. He was deported to Jordan during the first Intifada, only to return when the Oslo peace accords were signed between Israel and the PLO.

Barghouti was elected to parliament in 1996, but he came to prominence during the second Intifada, which began in 2000, when he gave fiery speeches about resisting the Israeli occupation, and led marches to military checkpoints. Israel accused him of being a founder of Fatah’s al-Aqsa Martyrs’ Brigades, which he denied, and imprisoned him accordingly.

“In a few days, Marwan will have spent his 15th year in an Israeli prison,” said Azzam al-Ahmad, who heads Fatah’s parliamentary bloc at the PLC.

“Israel will try to fight this nomination. If its authorities imprison 12-year-old girls, then of course they will go against this nomination, because they are afraid of peace,” al-Ahmad said, in reference to a Palestinian child currently being held in an Israeli prison.

Sometimes referred to as the “Palestinian Mandela”, Barghouti is considered an important figure, even behind bars. Having helped to draw up the Mecca agreement for a national unity government in 2007, he is seen as the man most likely to close the chasm between Fatah and Hamas, the parties that have been at loggerheads for almost a decade.

While in prison, he also outlined the 2006 Palestinian Prisoners’ Document, in which jailed leaders of various factions agreed to adopt the two-state solution. 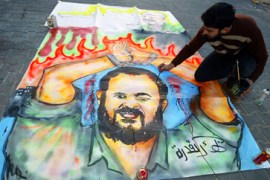 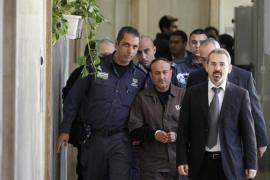