The United Nations special envoy has called the ceasefire in Yemen “a first step in Yemen’s return to peace”, as the truce in place since Sunday midnight seems to be mostly holding.

Forces loyal to President Abd-Rabbu Mansour Hadi, the Shia Houthi rebels who drove his government out of the capital, and the Arab-led coalition that intervened in Yemen last year all pledged to honour the truce after it took effect.

“This is critical, urgent and much needed. Yemen cannot afford the loss of more lives,” Ismail Ould Cheikh Ahmed, the UN’s special envoy for Yemen, said in a statement on Monday.

Previous efforts to stop the fighting in Yemen – which has left more than 6,000 dead and forced more than two million people from their homes – have collapsed amid mutual recriminations.

Sporadic clashes and exchange of gunfire, however, were reported in other parts of the country, including the besieged city of Taiz where one person was killed and five wounded in shelling.

Residents of Taiz, which has been under the control of rebels for over a year, blamed the Houthis for the overnight random shelling.

Ahmed urged all parties to work to ensure that the cessation of hostilities is “fully respected”.

He added that preparations were under way for Kuwait peace talks scheduled to be held on April 18, which are to focus on key issues such as withdrawal of militias and armed groups, handover of heavy weapons and resumption of an all-inclusive political dialogue.

The coalition intervened last year in March to push out Houthis, who are backed by the Iran and former President Ali Abdullah Saleh.

The conflict in the impoverished Arabian Peninsula nation has ruined large parts of the country and raised Middle East tensions.

Al-Qaeda in the Arabian Peninsula (AQAP), the powerful Yemeni branch of the armed network, has taken advantage of the conflict to seize territory and gain influence.

General Mohamed Ali al-Makdashi, the chief of staff for Hadi’s forces, said early on Monday the ceasefire was largely holding despite some violations by rebels.

“The truce has not collapsed and we hope the rebels end their attacks and respect the ceasefire,” he said, alleging breaches in several areas including the cities of Taiz, in southwestern Yemen, and Marib, east of Sanaa.

Hadi forces accused Houthis of 25 truce violations around Taiz, while the rebels said in a statement that there was at least one coalition air strike in Taiz province, and accused loyalists of being behind 33 truce violations north and east of Sanaa, as well as in the south.

A committee comprising representatives from both sides will work to ensure the ceasefire is respected.

“It is the first day and we should be patient,” the top Saudi officer told AFP news agency. “Day by day, it will be better.”

No bombings in Sanaa

An AFP photographer in Sanaa said the rebel-held capital has not been targeted by coalition warplanes since Sunday.

The Western-backed Prime Minister Ahmed bin Dagher also played down violations, saying that the truce “seems good”, adding after meeting the UN envoy in Riyadh that “we want a durable peace”.

“Now is the time to step back from the brink,” the UN envoy Ahmed said.

“The progress made represents a real opportunity to rebuild a country that has suffered far too much violence for far too long.”

The Houthis captured Sanaa in 2014. As the rebels advanced into other areas, Hadi and other officials fled first to the main southern city of Aden and eventually to Riyadh.

The loyalists have since managed to reclaim large parts of the south, establishing a temporary capital in Aden, but have failed to dislodge the Houthis from Sanaa and other key areas. 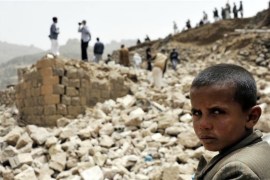 Warring sides say they will observe ceasefire despite reports of pockets of fighting in hours leading up to it.

UN special envoy says new round of peace talks between rival sides in the conflict will begin in Kuwait on April 18. 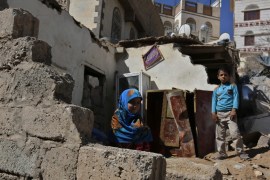