At least 23 people were killed after a section of an under-construction overpass collapsed in a crowded area of the eastern Indian city of Kolkata on Thursday.

Dozens were trapped as rescue teams struggled to free survivors.

“Every night, hundreds of labourers would build the flyover and they would cook and sleep near the site by day,” said Gupta who, together with friends, pulled out six bodies.

“The government wanted to complete the flyover before the elections and the labourers were working on a tight deadline. Maybe the hasty construction led to the collapse.”

“Many people are raising questions about how this could have happened. The flyover has been under construction for five years and has missed several deadlines for completion,” she said.

“So one of the reasons for the collapse could be lack of quality and safety control.”

Indian company IVRCL was building the 2km Vivekananda Road flyover, according to its website, and its director of operations, AGK Murthy, said the company was unsure of the cause of the disaster. 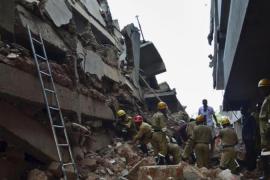 At least seventeen people killed and a dozen others feared trapped after multi-storey building collapses in Goa. 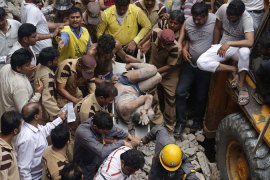