Armed group al-Shabab claimed responsibility for the attack early on Wednesday and confirmed to Al Jazeera that a car bomb was used.

At least two people were also wounded in the explosion, witnesses said.

READ MORE: What is al-Shabab and what does it want?

The blast hit a tea stand in front of the police station where new recruits are trained in the Abdi Aziz district of Mogadishu.

The police station is near the popular Lido beach, which was the scene of another al-Shahab attack in January, in which up to 20 people were killed.

In the January attack, suicide bombers stormed the Beach View Hotel, after which several al-Shabab fighters opened fire at the hotel. 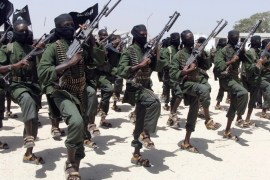 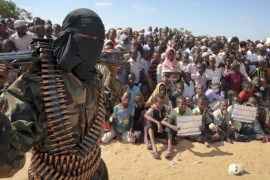 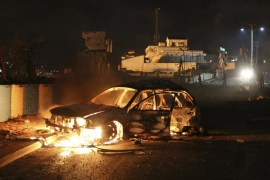 At least 14 killed and dozens wounded after fighters set off car bomb near hotel entrance in the capital Mogadishu. 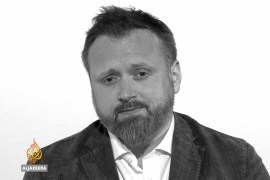