Two women and a child are among at least 13 people killed in a suicide bombing in northwest Pakistan, described as a “revenge attack” by a splinter group of the Pakistani Taliban.

The bomber blew himself up outside a district court in the Shabqadar market area of Charsadda in Khyber-Pakhtunkhwa province, police said.

Police said 26 people were also wounded in the explosion, with six in a critical condition.

The blast took place about 30km from the region’s main city of Peshawar.

Inspector Ali Jan Khan, from the Shabqadar police station, said the attacker was attempting to enter the court.

“The suicide bomber was interrupted by two security personnel, which prompted him to blow himself up outside the court,” he told Al Jazeera.

Asfandyar Khan, a hospital worker, told Al Jazeera that two women and a female child were among the dead.

Medical teams were dispatched to the scene, but the death toll was expected to rise, he said.

A splinter group of the Tehreek-e-Taliban (TTP) claimed responsibility for the bombing, saying it was a revenge attack for the recent execution of a former Pakistani commando who shot Punjab province’s governor in 2011.

“The Pakistani courts give decisions against the laws revealed by Allah, and convict and hang innocent people,” Ehsanullah Ehsan, TTP spokesman, said in an emailed statement.

Charsadda is near the Mohmand tribal district, one of seven regions along the border with Afghanistan, where the Pakistani military has launched a major offensive against fighters from al-Qaeda and the TTP.

Al Jazeera’s Kamal Hyder, reporting from the capital Islamabad, said: “Charsadda is the first point of entry for any attacker coming out of Mohmand.”

In January, Bacha Khan University – also in Charsadda – came under attack by the TTP, which killed 21 students and teachers. 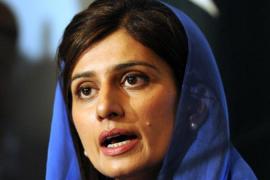 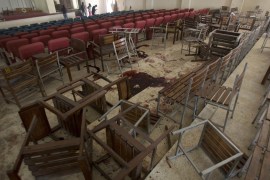 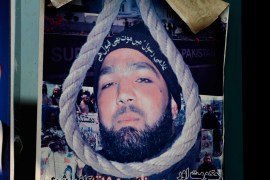