Only days after facing a political call to step down as Malaysia’s prime minister, Najib Razak now faces more pressure from the public.

The hashtag #RespectMyPM was supposed to support Najib, 62, on Twitter as he launched a public-relations campaign defending his position.

However, that turned into a criticism tool by Monday – a day after it was launched – for alleged corruption and crackdown on media outlets as well as opponents.

How am I to #RespectMyPM when I #SuspectMyPM stole billions from the nation!

On Friday, leaders from across Malaysia’s political spectrum – led by Mahathir Mohamad, the 90-year-old former prime minister – joined hands for a national movement to remove Najib.

“We call upon all Malaysians, irrespective of race, religion, political situation, creed or parties, young and old, to join us in saving Malaysia from the government headed by Najib Razak,” read a joint statement endorsed by heavyweights from the ruling party, the opposition and top civil society groups.

Mahathir said the assembled leaders, despite their differences, shared “one goal”.

Respect is EARNED NOT Demanded #RespectMyPM shld start by earning the respect. The people are not stupid & mindless pic.twitter.com/SkiWCoOxR4

“We must rid ourselves of Najib as prime minister,” he said.

The move marks the most direct political challenge yet to Najib, and lends a potent voice to a growing sense of public anger with his tenure.

Najib’s honesty and credibility have been under attack since last July when the Wall Street Journal revealed a deposit of approximately $700m into his personal bank account.

Najib said that the money came from an Arab donor but questions surrounding the amount and its presence in a personal instead of political party account remains unanswered.

I will #RespectMyPM if he decided to resign.

The report said the funds came via a series of financial transfers from a heavily indebted state investment fund 1MDB which Najib, as finance minister, also oversees.

In January, Malaysia’s attorney general cleared Najib of any criminal offences or corruption, saying the transfer was a gift from Saudi Arabia’s royal family and that no further action needed to be taken.

Opposition leaders denounced the finding, saying the appointment of the attorney general by Najib in the middle of the crisis suggested a conflict of interest.

But others said it was a victory for Najib that would allow him to focus on winning the next general elections in 2018. 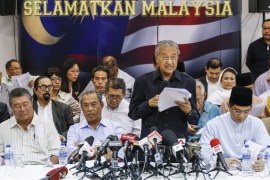 Leaders from across political spectrum, including ex-PM Mahatir, call for a national movement after corruption crisis. 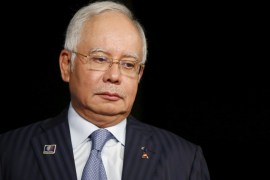