A former missionary from Oklahoma convicted of sexually abusing children at an orphanage in Kenya was sentenced to 40 years in a federal prison.

Matthew Lane Durham, 21, had faced up to 30 years on each of four counts of engaging in illicit sexual conduct in foreign places was sentenced on Monday.

Durham had served as a volunteer at the Upendo Children’s Home in Nairobi since 2012.

Prosecutors alleged he targeted orphans at the orphanage – which specialises in caring for neglected children – between April and June 2014.

“These were heinous crimes committed on the most vulnerable victims. He was their worst nightmare come true,” US District Judge David Russell said while handing out the sentence.

Durham read a statement before sentencing in which he asked the court for mercy but did not express remorse for the offenses he was convicted of.

“All I wanted was to follow God’s plan for me,” Durham told the judge before adding that he he will try to commit himself to serving others while he serves his prison sentence.

Durham claimed he is innocent of the charges but said he was sorry that the accusations against him had damaged the orphanage and those it cares for.

“The Upendo kids do not deserve this,” Durham said.

Prosecutors said Durham’s actions have had a chilling effect on the lives of dozens of foreign volunteers in Kenya and elsewhere “who must now live under the cloud of suspicion, distrust and apprehension when they volunteer their time, talent and resources for the betterment of children in East Africa and beyond”.

“There is a real perception among Upendo’s local Kenyan community that more pedophiles lurk among the volunteers, especially the young male volunteers,” prosecutors said.

A jury convicted Durham in June on seven counts of engaging in illicit sexual conduct in foreign places, but Russell acquitted Durham on three of the charges in January.

The orphanage’s founder, Eunice Menja, read a statement in court Monday in which she said the sexual abuse was “not only a betrayal of the Upendo mission but of the trust Upendo placed in him”.

“Matthew Durham defiled the children,” Menja said as she fought back tears.

“Matthew has no remorse. After he got caught, he still denied. We’re hoping that when he comes out he will be a changed man.” 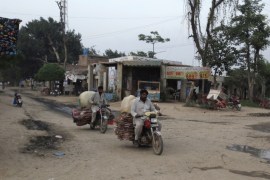 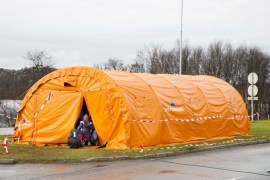 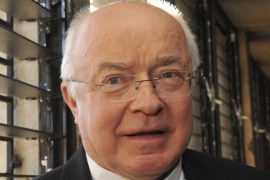