Dhaka, Bangladesh – The top court upheld a death sentence on Tuesday imposed by the country’s International Crimes Tribunal on a leader of an Islamist political party for killing a freedom fighter during the 1971 war of independence.

In a short order read out by Chief Justice Surenda Kumar Sinha, the appellate division of the Supreme Court acquitted Mir Quasem Ali – a leader of Jamaat-e-Islami – of three other charges, including another offence that also carried the death penalty.

The court, however, upheld the convictions and sentences in six other cases.

So far, the International Crimes Tribunal – established in 2010 to prosecute those alleged to have committed war crimes during the bloody conflict with Pakistan – has convicted 24 people. Most convicted are leaders of Jamaat-e-Islami, which in 1971 supported the military activities of the Pakistan military to stop Bangladesh’s secession.

Four men have now been executed.

“The appellate division has passed this judgment properly after scrutinising the facts, documents, materials and evidence in the court,” one of the prosecutors, Ran Das Gupta, told Al Jazeera. “The inspiration of the people has been fulfilled by this judgment.”

“The evidence presented against Mir Quasem Ali was self-contradictory and insufficient for a conviction,” said Mir Ahmed Bin Quasem, Ali’s son. “Where the conviction itself has no basis, upholding of the death sentence is a travesty of justice.”

Lead defence lawyer Khandaker Mahbub Hossain said, “The judgment of the highest court of the law cannot be questioned. We will leave it to history.”

He added once the full written judgment containing the legal reasoning is published, the defence lawyers will consider whether to seek a review. Ali will be hanged within months unless a review reverses the ruling, or if he’s granted clemency.

MN Nahid Hossain, who came to the court to observe the proceedings, said “the whole country is satisfied with the judgment”.

The International Crimes Tribunal had ruled in its judgment in November 2014 that during the war Mir Quasem Ali was a leader of a pro-Pakistan militia, known as the Al Badr, and was in charge of a torture centre located at Dalim hotel in Chittagong.

The defence argued during Ali’s appeal that the prosecution’s own documents showed from the beginning of November 1971, when all the offences for which Ali was convicted are alleged to have taken place, the Jamaat leader was in the capital, Dhaka.

The tribunal and executions have divided Bangladesh and plunged the South Asian nation into its worst political crisis in years. 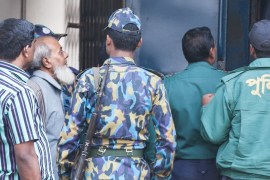 Prosecutors say one of the convicts headed group behind series of attacks on civilians during 1971 independence war. 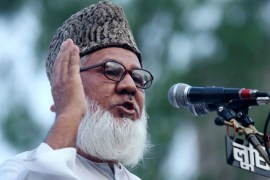