Destruction in Ramadi is “staggering” and worse than anywhere else in Iraq, according to a UN team that concluded the first assessment visit to the city since Iraqi forces recaptured large parts of it from the Islamic State of Iraq and the Levant (ISIL) group.

The UN team said on Friday the city’s main hospital and train station had been destroyed along with thousands of other buildings.

UN analysis of satellite imagery last month showed nearly 5,700 buildings in Ramadi and its outskirts had been damaged since mid-2014. Almost 2,000 had been completely destroyed.

Local officials said 64 bridges and much of the electricity grid had been ruined.

Ramadi, the Anbar provincial capital where around half a million people once lived, was lost to ISIL in May 2015. The US-led coalition carried out more than 600 air strikes in the area from July to December last year.

Iraqi forces declared victory over ISIL in Ramadi in late December and has since cleared most of the western city.

Since being pushed from the centre of Ramadi, ISIL has launched near-daily attacks on Iraqi forces, especially on the outskirts of the city.

More than six months of fighting, including ISIL bomb attacks and devastating US-led coalition air strikes, shattered most infrastructure and levelled many homes in Ramadi.

“The destruction the team has found in Ramadi is worse than any other part of Iraq. It is staggering,” said Lise Grande, the UN’s humanitarian coordinator in Iraq.

The two-day assessment found that nearly every building had been damaged or destroyed in frontline areas.

In other districts, one in three or four buildings were damaged, it said.

READ MORE: 80 percent of Ramadi in ruins after fighting

In December, Ibrahim al-Osej, a member of the Ramadi district council, said there was “extensive destruction in the city as a result of terrorist activity and military operations”.

“All water, electricity, sewage and other infrastructure – such as bridges, government facilities, hospitals and schools – have suffered some degree of damage.”

Grande said it was too early to say how much time and money it would take to rebuild the city.

The cash-strapped government in Baghdad is appealing to international donors to help the city, the largest retaken from ISIL.

It must first clear bombs planted by ISIL fighters in streets and buildings – the greatest concentration of which was reported in south-central Ramadi, according to the assessment.

The UN is working with local authorities on plans to rebuild health, water and energy infrastructure.

It said it had identified four potential relocation sites for returning civilians but Iraq’s central government has yet to give the all-clear for the return of residents. 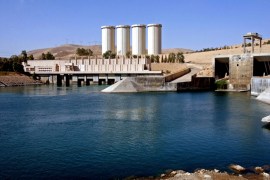 The scenarios around the Mosul Dam collapsing are both real and terrifying. 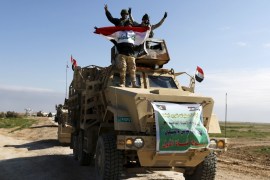