The number of foreign visitor arrivals in Turkey has taken a dive, according to latest statistics from the Turkish tourism ministry.

Tourist arrivals have dropped a substantial 10 percent in February 2016 compared with February 2015. The decline, for the seventh month in a row, raises questions about the future of this key business sector as Turkey struggles to absorb the deadly terrorist attacks hitting its main cities as well as a showdown with Russia.

On Tuesday, Mehmet Simsek, the deputy prime minister responsible for economic issues, said that the drop in tourist numbers was short-lived in a speech in the capital Ankara.

“We will go through some difficulties this year, but they are temporary,” he said.

Tavit Koletavitoglu, the former chairman of Turkish Tourism Investors Association, expects the annual fall in tourist arrivals to be around 30 percent in 2016 over the past year. “However, the fall in turnover will be more as companies have begun decreasing prices for their services and laying off employees to be able to make income amid the crisis that hit the [tourism] sector,” he told Al Jazeera.

Turkey has seen multiple bombings in the capital Ankara and Istanbul in the past six months, which were claimed by Kurdish fighters and blamed on the Islamic State of Iraq and the Levant (ISIL, also known as ISIS) – apparent spillovers from the war in Syria and Ankara’s fighting against Kurdish fighters in Turkey and Iraq. The Istanbul attacks in Sultanahmet – the old city of Istanbul – and the central Istiklal Street, two of the most popular tourist spots in the city, apparently targeted foreign tourists. The two attacks killed 17 foreigners, and injured dozens of others.

Tourism is a golden segment of the Turkish economy, which is apparently visible in the statistics on the area with $31.5bn of turnover and 41.6 million visitors in 2015.

The UN World Tourism Organisation’s data for 2014 puts Turkey as the sixth most visited country in the world, ahead of other popular countries such as Germany and the UK.

This year is already a year of loss as most international bookings in the sector are done months before the summer. It seems 2017 will be the target year for the recovery of the sector.

And Istanbul, the country’s trade and tourism metropolis, was globally the fifth most visited city in 2015, according to MasterCard’s Global Detinations Index, beating cities such as New York, Tokyo and Amsterdam.

However, the downing of a Russian warplane by a Turkish jet on the Syrian-Turkish border in November resulted in Moscow banning the country’s tour operators from sending Russian citizens to Turkey, diminishing one of the largest markets for Turkish tourism.

“The Russian plane incident and the political crisis that followed affected resorts in the south of Turkey and airline companies that fly to these destinations,” Koletavitoglu said.

“Although the [tourism] sector thought it could handle this crisis, the unfortunate Istanbul and Ankara terror attacks that followed influenced the tourism industry in general, including the tourist flow to Istanbul.”

In 2015, the number of Russian arrivals in Turkey dropped from 3.5 million in 2014 to 2.8 million, according to the Turkish Statistical Institute. In February 2016, the same data fell by a significant 51.6 percent year on year to 20,074 Russian visitors.
Following Germany, Russia has historically been the second largest tourist market for Turkey.

READ MORE: Turkey: No to terrorism, no to double standards

The Turkish government said it has been trying to replace the loss of Russian tourists by diversifying into other markets. “We have been carrying out important promotional work in the Middle East, the Far East, South America, India and China markets,” said Tourism and Culture Minister Mahir Unal recently.

On Wednesday, in a separate statement, he said that Turkey expects one million tourists from Ukraine in 2016 with a near 30 percent rise compared to the previous year.

The government also issued a tourism support plan, including measures such as $6,000 financial support for any plane flying to Turkey  This is expected to be followed by another package aiming at ending job loss in the sector.

Experts say the improvement of diplomatic relations with Russia and progress in the security situation in the country are key factors for recovery since Russia and the EU markets are crucial for Turkish tourism.

“This year is already a year of loss as most international bookings in the sector are done months before the summer [the high tourism season in Turkey]. It seems 2017 will be the target year for the recovery of the sector,” Mustafa Sonmez, a Turkish economist, told Al Jazeera.

“The tourism business circles are aware of this and they are trying to compensate for their losses in alternative ways such as focusing on the local tourist market.” 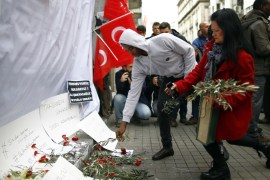 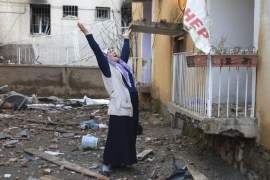 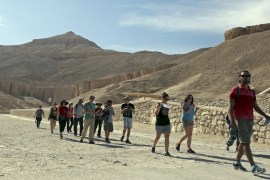