Moscow has been hit by its heaviest spring snowfall in 50 years. Twenty centimetres of snow fell on Tuesday night and Wednesday morning.

This represents the largest accumulation in the March, April, May period since 1966.

Although heavy snow in March is by no means unusual, there is a big decline in the number of days of snow between February (15 days) and March (nine days).

On the roads, there were reports of almost 1,000 incidents and 28 people were reported to have been injured.

Road conditions were made worse by poor visibility due to blowing snow, which made for blizzard-like conditions. There were also icy patches on some road surfaces.

At one stage the cumulative length of all Moscow’s traffic queues was 3,400km. Fortunately, the Moscow Metro, Europe’s busiest, was largely unaffected by the bad weather.

About 60,000 staff and more than 15,000 snow ploughs and snow blowers were deployed to deal with the situation. Moscow’s mayor, Sergey Sobyanin, said that it would take several days for the situation to return to normal.

After a dry day on Thursday, there is a threat of further light snow on Friday and Saturday. These falls are not expected to hamper efforts to restore the city’s infrastructure. 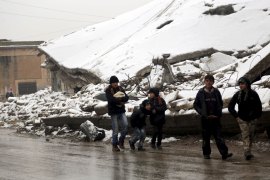 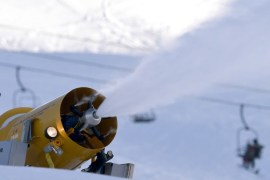 Mixed offering of snow for skiers this season

The static weather pattern at the moment gives some places masses of snow and some virtually none.