Honduran environmentalist leader and winner of the 2015 Goldman Environmental Prize Berta Caceres has been shot dead at her home in the town of La Esperanza.

Caceres was killed early on Thursday by two assailants who broke into her home, a member of her group, the Indian Council of People’s Organizations of Honduras, said.

Caceres, a mother of four, led opposition to a proposed dam on the Gualcarque river, considered sacred by the Lencas.

She had previously complained of receiving death threats from police, soldiers and local landowners because of her work.

Activist Carlos Reyes described the assassination “a political crime by the government”.

“The information from the police is that [attackers] broke into her home from the back and shot her twice, but we all know it’s a lie, that they killed her because of her struggle,” said Reyes.

FLD strongly condemns the killing of #WHRD, and our friend and colleague, #BertaCáceres https://t.co/9pNa0E46eX pic.twitter.com/0T3jLCY17o

The United Nations special rapporteur on the rights of indigenous peoples, Victoria Tauli-Corpuz, wrote that “it is highly probable that her assassination is linked with her work in protecting the human rights of the Lenca indigenous peoples to their lands and territories”.

He said police had measures in place to protect Caceres, who recently won a ruling by the Inter-American Commission on Human Rights granting her special security measures.

Alluding to the death threats, Erika Guevara-Rosas, Americas Director for Amnesty International, said in a statement that “the cowardly killing of Berta is a tragedy that was waiting to happen”.

“For years, she had been the victim of a sustained campaign of harassment and threats to stop her from defending the rights of indigenous communities,” said Guevara-Rosas.

“Berta’s death will have a devastating impact for many human rights activists and organisations,” she said.

A family member said they were “devastated” by the loss of “fearless Berta”.

“We ask the international community and human rights organisations around the world to put pressure on their leaders to bring about justice. Her murder is an act of cowardice that will only amplify Bertita’s message to bring about change in Honduras and make this a better, more humane world,” the family said in a statement. 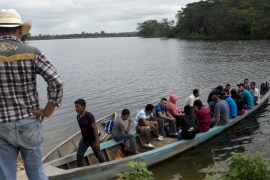 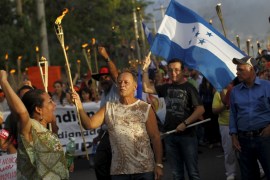