The FBI told Dutch police that two brothers were being sought by Belgian authorities a week before the pair blew themselves up in suicide attacks in Brussels, a Dutch minister says.

Interior Minister Ard van der Steur was responding on Tuesday by letter to questions from Dutch legislators about Belgian brothers Ibrahim and Khalid el-Bakraoui, who prosecutors say took part in the March 22 attacks that killed 32 people and wounded more than 300 others.

Ibrahim was deported to the Netherlands from Turkey in July 2015, a month after being picked up by Turkish police near the Syrian border. The Netherlands said when he arrived, his name did not appear on any blacklists so he was not detained.

Why he was not deported to Belgium is not clear.

“On March 16, the FBI informed Dutch police over the fact that both brothers were sought by Belgian authorities,” the minister wrote.

Van der Steur said the FBI told the Dutch authorities that Ibrahim was sought by the Belgian authorities for “his criminal background”, while Khaled was wanted for “terrorism, extremism and recruitment”.

In an earlier version of the letter, the minister wrote that the FBI had informed the Dutch authorities of the two brothers, without mentioning they were wanted by Belgium.

This information was then shared at a meeting between Belgian and Dutch authorities on March 17, the minister wrote.

But in a statement released in response to his letter, the Belgian federal police denied the brothers were mentioned in a discussion on March 17, when a Dutch police representative visited them.

They discussed a shootout in Brussels on March 15, in which an Islamist gunman was shot dead, but there was no mention of the FBI report, the Belgian police said in the statement.

The Dutch parliament debated on Tuesday which security measures the Netherlands should take in response to the attacks, which killed three Dutch citizens.

Islamic State of Iraq and the Levant (ISIL, also known as ISIS) claimed responsibility for the bombings, carried out by the same network that was behind the Paris attacks in November, in which 130 people died.

Khalid went missing at the end of October and was on Interpol’s wanted list on terrorist charges in December, after police discovered a flat used by the Paris attackers that he had been renting using a false name. 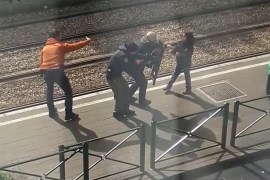 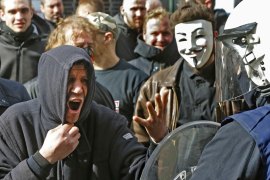