Several key leaders of the Islamic State of Iraq and the Levant (ISIL), including its finance minister, were killed in an airstrike in Syria this week, according to US Secretary of Defense Ash Carter.

Carter told a press conference in Washington on Friday that US forces had killed Abd al-Rahman Mustafa al-Qaduli, also known as Haji Iman, which would mark a further erosion of the group’s leadership.

“We are systematically eliminating ISIL’s cabinet,” Carter told reporters, referring to the man as Haji Iman and saying he managed the group’s finances.

“The removal of this ISIL leader will hamper the ability for them to conduct operations inside and outside of Iraq and Syria.”

WATCH: Enemy of enemies – the rise of ISIL

Carter said Qaduli had been in the ranks of ISIL, also known as ISIS, since its earliest incarnaton as al-Qaeda’s affiliate in Iraq.

Al Jazeera’s Alan Fisher, reporting from Washington, said Carter had “stopped short of calling him ISIL’s number two,” referring to the fact that some reports named Qaduli as the group’s second-in-command.

“We also have to add a note of caution,” Fisher said. “That’s because back in May 2015, the Iraqis said they had killed him in an air strike.”

US special forces carried out the strike, officials told the Reuters news agency. The original plan was to capture, not kill, Qaduli. But after the commandos’ helicopter was fired on from the ground, the decision was made to fire from the air, one of the officials said.

‘They will be replaced’

The killing, if confirmed, would be the second of a top ISIL commander in recent weeks.

Earlier this month, the Pentagon said a man known as “Omar the Chechen” had died from wounds he sustained in a US-led coalition strike in northeastern Syria.

Carter said the strikes were part of a broader US strategy to pressure ISIL as Iraqi forces advanced towards the city of Mosul, a key ISIL-held target for the country’s government.

He conceded, though, that such strikes would not be enough to cripple the group.

“These leaders have been around for a long time. They are senior, they’re experienced, and so eliminating them is an important objective and it achieves an important result,” he said. “But they will be replaced and we’ll continue to go after their leadership and other aspects of their capability.”

The United States had offered a reward of up to $7 million for information about Haji Iman, according to the State Department website. 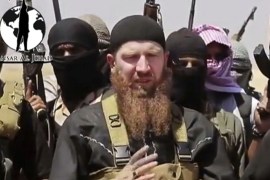 After days of speculation, feared ISIL military commander confirmed dead after being wounded in US air strikes. 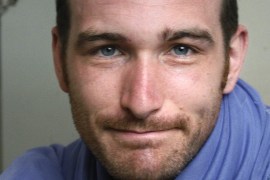