Britain’s press regulator has censured Rupert Murdoch’s The Sun tabloid for a “significantly misleading” story that claimed one in five British Muslims “sympathise with jihadist fighters”.

The ruling on the front-page story from November comes amid heightened community tensions following the Brussels attacks this week claimed by the Islamic State of Iraq and the Levant (ISIL, also known as ISIS), which left at least 31 people dead.

The mass-selling daily claimed an exclusive poll revealed “1 in 5 Brit Muslims’ sympathy for jihadis”, and published a picture of Mohammed Emwazi, the British ISIL executioner known as Jihadi John, alongside the shock headline.

The story generated more than 3,000 complaints to the Independent Press Standards Organisation (IPSO), most of them challenging the coverage on the grounds of accuracy.

A graph inside the paper clarified that 5 percent of those surveyed had a lot of sympathy, 14 percent had some sympathy and 71 percent had no sympathy with “young Muslims who leave the UK to join fighters in Syria”.

Complainants argued that the question did not specifically mention ISIL, and could include those fighting against ISIL.

The Sun had denied that the wording of its poll was ambiguous, saying that previous questions in the telephone survey had made explicit reference to ISIL.

IPSO noted that the paper had provided various interpretations of the poll result inside but concluded that “the coverage was significantly misleading”.

The Sun published the adjudication on page 2 of the newspaper’s Saturday edition, as required by the regulator. 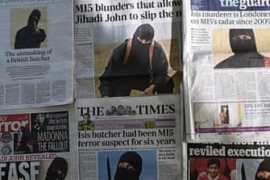 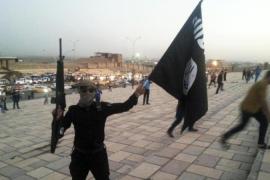