Chinese authorities appear to be widening a crackdown and investigation aimed at identifying the authors of a mysterious open letter calling for Chinese President Xi Jinping to resign.

Wen Yunchao, a Chinese dissident living in the United States, said his parents and younger brother, who live in the southern province of Guangdong, were taken away by local police on Tuesday.

Wen, who is also known by his online alias “Bei Feng”, told Al Jazeera that security officers had visited his family members several times, and questioned them repeatedly, before taking them away on Tuesday.

Last Friday, he had posted on the social media site WeChat that, “Officials in Jieyang and Jiexi county tried to force me to admit that I helped circulate the letter by putting pressure on my family. They promised if I told them who wrote the letter, I would not be held culpable.”

Wen said he did not know who wrote the letter and maintained he had nothing to do with its publication.

The letter first appeared on a news website called Wujie News, on Mar 4, a date which coincided with the opening of the annual session of China’s legislature, the National People’s Congress.

The letter accused President Xi of “abandoning the principle of collective leadership” in favour of concentrating power in his own hand, and of encouraging a cult of personality centred around himself.

It urged President Xi to resign, “for the future of the country and its people”.

The authors of the letter did not give their names, but signed off as “loyal Communist Party members”.

The letter was pulled shortly after it was published, and received scant coverage in the heavily-censored local media. References to Wujie News, and to the letter appear to have been deleted from the Chinese micro-blogging site, Weibo.

But the investigation to identify who may be behind the letter has intensified.

Agence France-Presse news agency reported that four staff at Wujie News, including CEO Ouyang Hongliang and managing editor Huang Zhijie have been “out of contact” since last week, quoting a reporter at the magazine who asked not to be named.

Another journalist, Jia Jia, was detained on March 15 at Beijing Airport, as he was about to leave for Hong Kong. Rights groups had linked his detention to his attempt to warn Wujie’s CEO about the publication of the letter on the site.

Jia has since been released. A message on his WeChat account on Friday, read: “Thank you, everyone. I will not forget (your efforts).”

His lawyer, Yan Xin, told the Associated Press news agency that he hoped Jia’s release is proof that his client had nothing to do with the anonymous letter.

Human rights groups are concerned about the latest developments, which seem to suggest an increasing intolerance for dissent and a pattern of going after critics.

William Nee, a China Researcher at Amnesty International said, “The authorities should call off the political hounding of those suspected to be behind the open letter and release all those detained in connection with it.”

“The persecution of family members of dissidents is a draconian and unlawful tactic that makes a mockery of China’s claims to respect the rule of law,” he said.

Wen the activist said he’s particularly worried about the health of his elderly 72-year old father, who has high blood pressure.

He has tweeted Barack Obama, who is due to meet President Xi at a nuclear summit in Washington DC next week, urging the US president to pressure Xi to release his family. 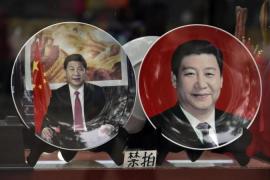 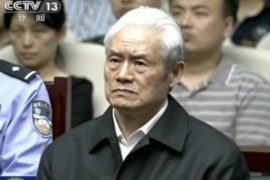 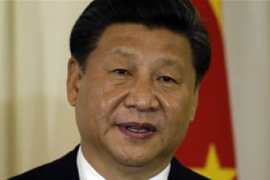 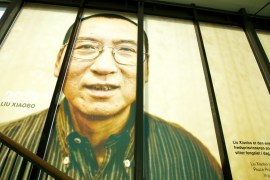