Prominent human rights groups in Argentina boycotted US President Barack Obama’s visit on Thursday to a memorial for people who died during the South American nation’s 1976-1983 dictatorship.

Obama and Argentine President Mauricio Macri visited the Monument to the Victims of State Terrorism at Remembrance Park in the capital Buenos Aires on the 40th anniversary of a coup that led to military rule and began a crackdown on left-wing dissidents.

Human rights groups claim they are not willing to forgive or forget the role the United States played at the time, with one group of victims’ relatives labelling the timing of Obama’s visit a provocation.

“We will not allow the power that orchestrated dictatorships in Latin America and oppresses people across the world to cleanse itself and use the memory of our 30,000 murdered compatriots to strengthen its imperialist agenda,” the Buenos Aires-based Centre for Human Rights Advocates said in a statement.

Argentina’s government estimates about 13,000 people were killed or disappeared during the crackdown on left-wing dissidents, though activists say the number is as high as 30,000.

Nora Cortinas, of the Mothers of the Plaza de Mayo group, said that Obama “is a representative of death”, accusing the US of backing the junta that killed thousands of people.

“What would victims say if they saw [us] hugging and paying homage to a president from a country responsible for state terrorism?” Cortinas said.

At the memorial, where he dropped white roses into the water in an act of commemoration, Obama said that the US was too slow to condemn human rights violations during Argentina’s dictatorship – but stopped short of apologising for Washington’s early support of the military junta.

“There has been controversy about the policies of the United States early in those dark days,” Obama said.

“Democracies have to have the courage to acknowledge when we don’t live up to the ideals that we stand for. We’ve been slow to speak out for human rights and that was the case here,” he said.

Obama has promised to declassify US military and intelligence records related to the dictatorship era, a time when Cold War thinking often put Washington behind right-wing governments in Latin America.

Obama’s visit to Argentina is a show of support for Macri’s sharp turn away from the nationalist policies of his predecessor, Cristina Fernandez de Kirchner, who frequently railed against the US and Wall Street.

The US president flew to Argentina from Cuba, where he and President Raul Castro prodded each other over human rights and the long-standing US economic embargo, even as the two men pledged to set aside their decades-long differences and move forward with normalising ties. 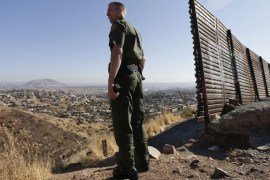 The United States should abandon its policy of minimalism and address immediate concerns in Brazil and Mexico. 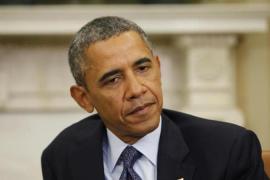 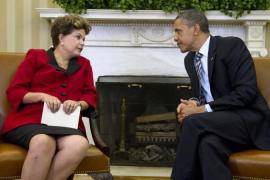